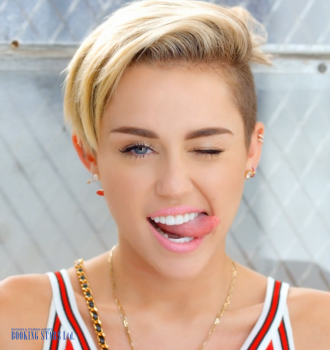 Miley Cyrus was born on November 23, 1992, in Tennessee. She is a singer, songwriter, and actress. Cyrus is mostly known for such hits as “Party in the USA”, “We Can’t Stop”, and “Wrecking Ball”. Her most famous role is Miley Stewart in the TV series Hannah Montana.

Miley Ray Cyrus (real name Destiny Hope Cyrus) had a happy childhood. Her father was a country singer Billy Ray Cyrus and her godmother is a famous singer Dolly Parton. She has 4 brothers and sisters. Miley’s family moved to Toronto when she turned 8, because her father was working on the series Doc. Miley says that she knew she’d become an actress after visiting her father’s movie set for the first time. Cyrus enrolled at the Toronto drama theater school, where she learned to act and to sing.

When Miley was just 7 years old, she landed a minor role in a movie Big Fish. 4 years later, she auditioned for the Disney series Hannah Montana. Miley was hoping to get the role of the main character’s best friend, but she landed a leading role. Cyrus’s mom became her agent. Hannah Montana became a big hit and Miley turned into a teen idol. Besides the Hannah Montana project, Miley participated in many other movies, including The Last Song, LOL, and So Undercover.

At the same time, Miley was working on her music career. Her debut single was recorded for the movie Hannah Montana.

In 2007, Cyrus released her first album Meet Miley Cyrus. The album was a big hit. It topped Billboard 200 and reached the 8th spot on the UK Albums chart. The LP became platinum 5 times worldwide.

In 2008, Miley recorded a new album Breakout. For the first time, her music didn’t have anything to do with the Hannah Montana image. The album was even more popular than the predecessors. It topped Billboard 200, ARIA charts, and Canadian album chart. The LP went platinum 5 times.

Miley released three more albums, the last one to date being Miley Cyrus & Her Dead Petz (2015), which was not as popular as her previous work but still got into the Billboard chart. Miley continues working on her career as a singer and an actress.