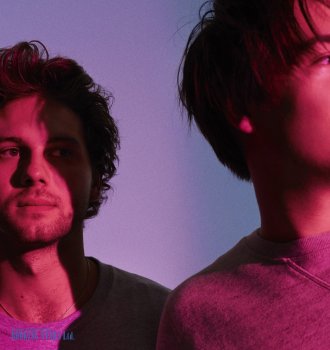 Milky Chance is a German rock group, which was established in 2012. The lineup includes Clemens Rehbein, Philipp Dausch, and Antonio Greger The band is mostly known for such hits as “Stolen Dance” and “Cocoon”. The group holds several awards, including European Border Breakers Award for Best Album (Sadnecessary).

The band plays mostly folk, reggae, and electronic music. In 2013, Milky Chance released their first single “Stolen Dance’, which became their most famous song so far. The single topped Belgian, Canadian, and Swiss charts while reaching the second spot on the German Singles Chart and 39th spot on Billboard Hot 100. The song went platinum over a dozen times worldwide.

The same year Milky Chance released their first album Sadnecessary. The LP reached the 14th spot on the GfK Entertainment Chart, 17th spot on Billboard 200 (where it stayed for 23 weeks), and the 5th spot on the French Albums Chart. The album received worldwide recognition and snagged the Best Album award at the European Border Breakers Award.

In 2014, the band released two more singles “Down by the River” and “Flashed Junk Mind”. Both of them became hits in Germany and some European countries. The singles were included in Sadnecessary.

After a long break, which they spent touring and appearing on the various TV shows, the band released their third album Blossom (2017). It was more popular in Germany than the first album and reached the 5th spot on the GfK Entertainment Chart. Meanwhile, in the rest of Europe and the USA, it was slightly less popular than Sadnecessary. It reached the 64th spot on Billboard 200 and 77th spot on the French Album Chart. A single from that album “Cocoon”, which was released in 2016, went platinum in Australia and reached the 34th spot on the Germany’s GfK Entertainment Chart.

Milky Chance continue working on their music. They write new songs, tour the world, and give live concerts.