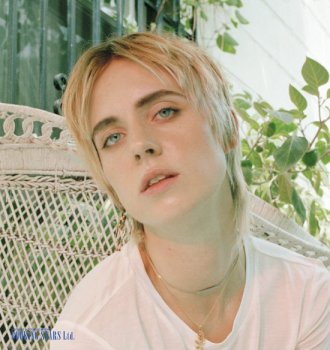 MØ – singer and songwriter from Denmark.

MØ’s real name is Karen Marie Aagaard Ørsted Andersen. She was born on 13 August 1988 in Ubberud near Odense, Denmark. The young woman spent her childhood on Funen. She has an older brother, who is a doctor.

The aspiring singer showed great interest in music when she was just 7 years old. At that time, she was a big fan of the Spice Girls. Later, she appreciated the work of such bands as Smashing Pumpkins, Nirvana, Black Flag, Yeah Yeah Yeahs, and especially Sonic Youth.

Andersen’s career began in 2006 when she was 18 years old. Back then, she worked on a side project, which included such songs as "Garbage King" and "Polly Get Your Gun". Later, they became hits. After a few years, Karen’s fan club uploaded videos for these two songs to YouTube.

Between 2007 and 2012, Karen performed with her friend Josefine Struckmann Pedersen. The girls called their duo MOR. In 5 years, the young singers managed to record two EPs, Vanvidstimer and Fisse I Dit Fjæs. However, in 2012, the duo fell apart due to personal reasons.

After leaving MOR, Karen began working with the producer Ronni Vindahl. She focused on her solo career. The first single “Glass” caught the attention of the public and the critics. Her next singles “Maiden” and “Pilgrim” brought Karen even more popularity. They were played on Danish radio stations.

Karen’s debut studio LP, No Mythologies to Follow, came out in March 2014. To promote the album, MØ went to tour the United States. Many songs, featured in the LP, also became hits. Among them were - "Fire Rides", "Walk This Way", "Dust Is Gone", "Slow Love", "Never Wanna Know", and "Red in the Grey. The album was impressively successful. It reached the 2nd spot of Denmark’s Hitlisten, climbed to the 11th position on Top Heatseekers. In Denmark, the album earned a gold status.

In October 2015, the artist began working on her second studio album, Forever Neverland. It’s due out in October 2018. In 2015, Karen released a non-album single “Kamikaze”, which became popular in Denmark, the UK, Belgium, and Australia. It earned a platinum status in Denmark.

In May 2016, MØ presented another non-album single, “Final Song”, recorded together with Noonie Bao. The song got into top-40 of the British charts and climbed to high spots on European charts. It’s the most commercially successful song recorded by the artist.

In July 2016, together with Major Lazer and Justin Bieber, the artist recorded a single “Cold Water”. The song was successful, coming in second on Billboard Hot 100.

In September 2016, Karen presented one more non-album song "Drum", which climbed to the 21st spot on the Danish chart.

In 2017, MØ presented "Nights with You", "Nostalgia", “The Night Was Young”, and "Don't Leave". The latter became very successful in Europe and Australia and earned platinum and gold statuses all over the world. The same year Andersen released an EP When I Was Young, which reached the 8th spot of Denmark’s chart.