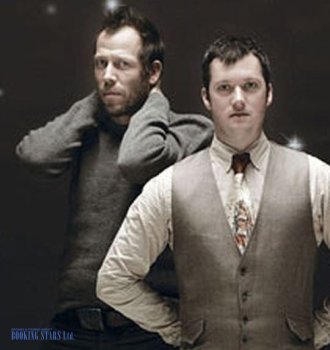 Modest Mouse is an American indie rock group, which was formed in 1992 in Washington. It took some time for the band to become popular, but eventually, it managed to acquire an army of fans. The leader of the group is a guitar player, vocalist, and banjo player Isaac Brock. He also writes lyrics and music. Brock was born on 9 July 1975 in Washington. When he was young, the musician traveled with his mother, who moved from one religious community to another. She met a new boyfriend and decided to abandon Isaac. The neighbors gave the young boy a room in the basement. That’s where the first rehearsals of the group took place.

Isaac and his two friends Eric Judy and Jeremiah Green met in school. Later, they were joined by Dann Gallucci. The aspiring artists came up with the name Modest Mouse. In the beginning, the group was going through hard times. For a long while, it seemed as if it doesn’t have a future. Then Eric had to leave for several months. The other members were coming up with songs and exchanging ideas with Eric. When he came back, the band finally started moving toward popularity.

In 1994, the band got a chance to work with Dub Narcotic Studios, which was formed by Calvin Johnson. In the studio, they recorded the first EP, Blue Cadet-3, Do You Connect? The album was released with the assistance of K Records, which also belonged to Johnson. Only 300 copies of the first album came out.

In 1995, the musicians were working on the local stages, solving internal problems and working on song for the LP. They found a new bass player, who soon left. Then Dann Gallucci left for a while. Eric had to come and go several times.

However, the artists kept recording songs and were ready to release an LP, Sad Sappy Sucker. Unfortunately, the album never came out due to problems with the label. The band signed a contract with Up Studios and began working with Sub Pop Records. Soon, it released a new EP, Interstate 8. The long-awaited LP with the long name This Is a Long Drive for Someone with Nothing to Think About came out in 1996. It featured 16 new songs.

The breakthrough in the artists’ career came with the release of the second LP, The Lonesome Crowded West in 1997. This album is considered to be one of the best LPs created by Modest Mouse. The musicians surprised everyone with the diversity of their talent. They switched from calm acoustics to wild rock and back. This approach got excellent reviews from critics and fans. The album didn’t make it into the charts, but many organizers still tried to book Modest Mouse for private events.

The next LP appeared in 2000. The Moon & Antarctica was recorded with the assistance of Epic Records. Two tracks from the album, "Gravity Rides Everything" and "3rd Planet" played on many radio stations. The LP climbed to the 120th spot of Billboard 200.

In 2001, Modest Mouse released a new EP, Everything and His Nasty Perlour Tricks, which featured several songs planned for The Moon & Antarctica.

In 2003, the drummer Jeremiah Green left the band. He decided to take on a side project. Another reason for his leave, which the musicians tried to keep secret, was an emotional disorder.

The fourth LP, Good News for People Who Love Bad News, came out for the artists’ 10th anniversary. To record the LP, the band invited many different celebrities. As a result, the album turned out to be very popular. It earned positive reviews from alternative music critics and received gold status in the USA.

In 2004, the group went through new lineup changes. Jeremiah Gren suddenly decided to come back. Galucci left once again. This forced the band to hire a new guitar player, Jim Fairchild, for live events.

The next LP, We Were Dead Before the Ship Even Sank, came out in 2007. The album topped Billboard 200, which was a huge success for the group. It became gold in the USA and Canada.

In 2015, Modest Mouse presented a new album, Strangers to Ourselves. It came in third on Billboard 200.

In 2019, the band is planning to release a new LP, the name of which is currently unknown. The artists already released two singles, “Poison The Well” and “I’m Here”. 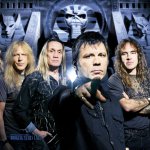 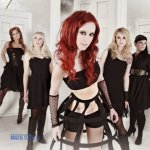