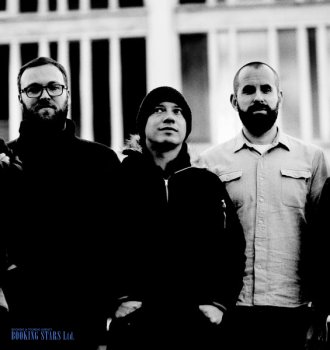 Scottish band Mogwai was founded by Stuart Leslie Braithwaite and Dominic Aitchison in Glasgow in 1995. When choosing the name for the group, the musicians found a Chinese word 魔鬼, which means “demon”. The group’s sound suited the name well.

In March 1996, the band released its first single "Tuner"/"Lower", which didn’t bring it much success. However, the second song "Summer" became NME magazine’s single of the week.

In 1997, Mogwai released an EP, 4 Satin, which reached the 110th spot on UK Albums Chart. Then they presented a compilation album, Ten Rapid. In October, the band presented its first official LP, Mogwai Young Team, which made it to the 75th position on the UK Albums Chart.

In 1998, the group recorded two EPs Mogwai Fear Satan Remixes and No Education = No Future (Fuck the Curfew).

The second LP, Come On Die Young, appeared in March 1999. Even though the album earned a few negative reviews from the critics, it managed to make it to the 29th position on the UK Albums Chart, which was a great result for the band.

Two years later, Mogwai presented another album, Rock Action. The sound changed since the members added the keyboard and violin. The LP did better than its predecessor, reaching the 23rd position on the UK Albums Chart. It was also popular in France, where it settled on the 82nd position in the national chart. In 2009, the album earned a gold status in Europe.

In 2003, the band presented a new album, Happy Songs for Happy People. The sound was more on the electronic side. The album showed worse charting results than the previous three. However, for the first time, Mogwai’s LP entered Billboard 200 and Billboard Independent Albums Chart, where it settled on the 182nd and 13th spot accordingly.

The fifth album, Mr. Beast, appeared in 2006. It was a big international success. Besides the UK,
such countries as the USA, Germany, Belgium, and Netherlands put the album on their charts. The head of Creation Records called this LP the best art rock creation. In 2007, the album earned a gold certificate. It became hard to book Mogwai for a private event.

The sixth LP, The Hawk Is Howling, came out in 2008. It became the group’s first fully instrumental album. The LP reached the 35th spot on the UK Albums Chart and the 97th position on Billboard 200. It also entered five world charts, among which Italy appeared for the first time.

In 2011, the band presented another LP, Hardcore Will Never Die, but You Will. It earned high scores from the critics and entered charts of 11 countries.

One of the most successful Mogwai’s album, Rave Tapes, came out in 2014. It reached the 10th spot of UK Albums Chart and the 55th position on Billboard 200. It enjoyed an impressive international success. The same year, the band released an EP, Music Industry 3. Fitness Industry 1.

In 2015, Mogwai was celebrating its 20th anniversary. As part of the celebration, they gave several big concerts in the UK. The group appeared in Camden Roundhouse in London twice.

Mogwai’s last and the most successful in the UK album to date is Every Country's Sun. The LP came out in September 2017. It settled on the 6th spot of the UK Albums Chart.