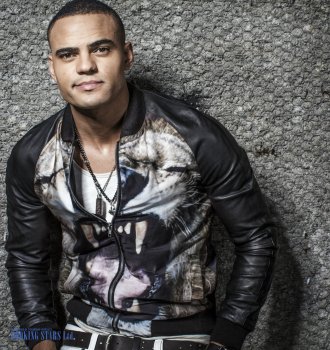 Mohombi was born on October 17th, 1986, in Congo. When he was 14, his family moved to Stockholm. He is a singer, a songwriter, and a dancer. Mohombi is mostly famous for such songs as “Bumpy Ride” and “Coconut Tree”.

Mohombi (real name Mohombi Nzasi Moupondo) grew up in Stockholm. His mother was originally from Sweden and his father was born in Congo. Initially, the family lived in Congo, where Mohombi and his 14 siblings were born. But in 1999, they immigrated to Stockholm due to an unstable military situation in Congo. Mohombi’s parents loved music and influenced their son’s preferences. When he was young, Mohombi attended Rytmus Music school in Stockholm.

When he was 17, Mohombi debuted in a show Wild Side Story. In several years he graduated from Stockholm’s Music Conservatory. He speaks Swedish, French, English, Swahili, and Lingala.

In 2004, together with his brother Djo, the singer established a Swedish hip-hop band, Avalon. The band sold 50,000 discs and won an All African Kora Award. Mohombi worked for the group until 2008, when he decided to start a solo career.

In 2010, Mohombi released his first single “Bumpy Ride”. The song received platinum certification twice in Belgium. It got into many European charts, including the 7th spot on the Belgian singles chart and 2nd spot on the Canadian Singles Chart. The song was nominated for a Grammy Award.

In 2011, Mohombi recorded his debut album MovieMeant. The album was successful in Europe. It reached 69th spot on Belgian Albums Chart and 43rd spot on Swedish Albums Chart. The LP included two more hit songs “Miss Me” and “Dirty Situation”.

In 2014, Mohombi released his second studio album Universe, which was slightly less successful than the predecessor. Mohombi continues to write new songs and performs live.