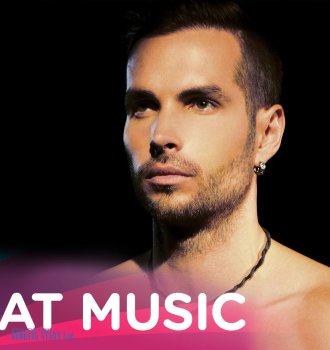 Morandi is a Romanian band, which was established in 2004. The lineup includes Marius Moga and Andrei Ştefan Ropcea Tefas (nickname Randi). The name is made up from the name of these two artists. The band is mostly known for such songs as “Angels (Love is The Answer”, “Save Me”, and “Colors”. Right now, the band also includes DJs Cris De Cuba, Julian, and Raul. The band holds an MTV Europe Music Award.

After the band was formed, the almost immediately released their first song “Love Me”. It immediately became popular in their native Romania, reaching the 3rd spot on the Romanian Top 100. It was also recognized in Russia, where it reached the 212th spot on the Russian Music Charts.

In 2005, the band released their first studio album Reverse, which became famous worldwide. It was recorded together with Romanian music stars, such as Loredana, Smiley, and Alexa U. The single from that album “Beijo (Uh-La-La)” topped Romania Top 100. It was a hit of the year and was played on all Romania radio stations.

In 2006, the band signed a contract with Universal and released their second studio album Mine Fields. The LP included various songs in English, Romanian, and Portuguese. The LP included the English version of the song Beijo called “Oh La La” and two hit singles “Falling Asleep” and “A La Lujeba”. Both singles topped Romanian Hot 100 but didn’t make it into European charts.

In 2007, Morandi released their third album N3XT. The album finally allowed them to get international recognition. The song “Angels” topped many European charts, including Romanian, Russian, Bolgarian, and Polish. It also got into the French Singles Chart, where it reached the 16th spot. The single was named “The Most Successful Song” in Russia. The second single from that album “Save Me” managed to get into various European chart as well as US Digital Songs Chart, where it reached the 4th spot.

In 2011, the band released a compilation album Best of Morandi. The song “Colors” (2009), which was included on the album, became a European hit and reached the 7th spot on the US Digital Songs Chart. Morandi continues to work on new music and performs live. 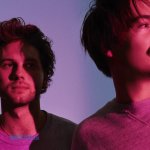