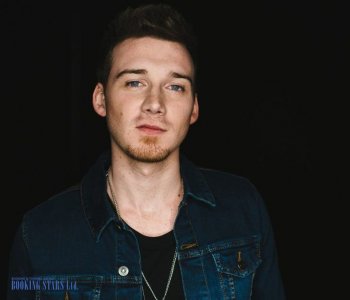 On April 27, 2018, Wallen released his debut album If I Know Me. The second single from this album, titled "Up Down", was recorded with Florida Georgia Line. According to Whalen, he and Florida Georgia Line got together because they knew each other, and when FGL listened to the song, they became interested in collaborating. Third album single "Whiskey Glasses" was released on July 30, 2018 on country radio. It peaked at # 1 on the Country Airplay Country Chart in June 2019. Wallen took part in Florida Georgia Line concerts on their Can't Say I Ain't Country Tour in 2019. Wallen also made a brief appearance on the December 3, 2018 episode of WWE Raw. The single "Whiskey Glasses" became the # 1 song for the whole of 2019 on country radio [8]. In July 2019, Wallen released his fourth album single "Chasin 'You".

On August 29, 2020, the single "7 Summers" immediately debuted at number one on the Hot Country Songs chart (its second charttopper after "Whiskey Glasses", 2019). This is only the fifth in history since 1958 to debut at the top of the charts and the first since 2017, when the single "Meant to Be" also successfully debuted (Bebe Rexha and Florida Georgia Line; held a record 50 weeks at number one). On the multi-genre mainstream US Billboard Hot 100, the track “7 Summers” reached No. 6. And this is only the second debut in the Top 10 Hot100 for a song by a solo singer without an accompanying partner who appeared on Hot Country Songs. Previously, Garth Brooks under the name (alter ego) Chris Gaines debuted at No. 5 with the hit "Lost in You" in September 1999. In addition, "Summers" debuted at No. 2 on the Digital Song Sales chart and at No. 5 on the streaming chart.