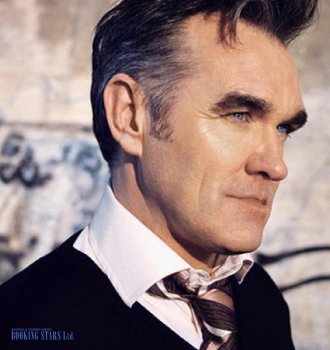 Morrissey was born on May 22, 1959, in England. He is a singer, author, and songwriter. Morrissey is mostly famous for such songs as “Suede”, “The More You Ignore Me, The Closer I Get”, and “You Have Killed Me”.

Steven Patrick Morrissey was the lead vocalist of one of the most famous UK bands of 1980’s, The Smith. Together with Johnny Marr, Morrissey was one of the main moving force behind the band. Even though The Smith didn’t manage to build a solid career, they became a successful group in the UK and had a striking influence on the English rock music of 1990’s, which was called brit pop.

Besides their impressive music, The Smith was famous for their thoughtful lyrics. After the release of their best album The Queen Is Dead (1986), Morrissey had an argument with Marr and left the band. He decided to pursue a solo career, which was quite successful.

In 1988, Morrissey signed a deal with HMV and released his first solo album Viva Hate, which immediately topped UK Albums Chart and reached the 21st spot on ARIA charts. The album was certified golden in the UK and the USA. Two singles from that album “Suede” and “Every Day is Like Sunday” were big hits.

In 2004, Morrissey signed a deal with Sanctuary and released the LP You are The Quarry. It was one of his most successful albums. It reached the 2nd spot on UK Albums Chart and 11th spot on Billboard 200. The LP was certified platinum in the UK. The single “Irish Blood, English Heart” was very successful, reaching the 3rd spot on UK Singles Chart and 7th spot on ARIA charts.

The next album Ringer of the Tormentors (2006) was almost as successful as the predecessor. It reached high spots on various charts and topped the UK Albums Chart. The LP was certified golden in the UK. The next two albums Years of Refusal (2010) and World Peace is None of Your Business (2014) were also very successful. Morrissey is now working on a new album. He records new songs and performs live.

You can book a celebrity right now! Fill in the application form online and enjoy the performance of your favorite celebrity!