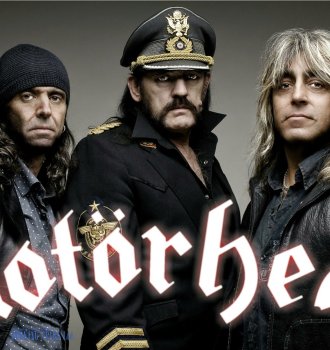 The rock band Motorhead was formed in 1975, in England. The final lineup includes Ian Kilmister, Phil Campbell, and Mikkey Dee. The band holds a variety of music awards, including several Grammies. Motorhead is mostly famous for such songs as “Motorhead”, “Louie Louie”, “Ace of Spades”, and “Iron Fist”.

In 1975, Motorhead appeared in public for the first time. The same year, they performed as an opening act for Blue Oyster Cult, an American psychedelic and progressive rock band. Back then, Motorhead played 10 songs, which were well received by the audience.

In 1976, the band recorded their first compilation album On Parole. However, it appeared on the store shelves only 3 years later. The first studio album Motorhead was released in 1977. The LP reached the 43rd spot on the UK Albums Chart.

In 1978, the band recorded a single “Louie Louie”, which brought them big popularity. After the release of the single, the band signed a deal with Bronze Records and released their next album Overkill.

The peak of the Motorhead popularity occurred in 1980’s. That’s when the number of fans grew and the band’s name made frequent appearances in the music magazines. Motorhead members were famous for its eccentric behavior. They broke music instruments, had arguments with concerts organizers, got drunk, and smashed hotel rooms. However, they behavior didn’t interfere with their inspiration and they kept creating hits. The song “Ace of Spades” from 1980 album with the same name was a huge success. The LP became one of the best metal albums in history.

In 2015, Kilmister died and the group made a decision to retire. Motorhead is considered to be one of the best and most respectable rock bands. They have fans all over the world.