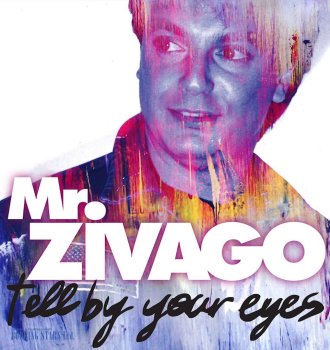 Mr. Zivago (real name Massimo Rastrelli) is an Italian singer most famous for his song “Little Russian”. He stands apart from the other artists of his time thanks to his special performance manner. Mr. Zivago is extremely popular in Japan and the former USSR.

In 1987, Massimo Rastrelli worked as a songwriter for a group created by Marco Masini, who had a contract with BMS Records. Once Masini asked Massimo to perform their new song “Little Russian”, which was created for other singers. It turned out that Massimo’s version of the song was much better than whatever other group members could come up with. Eventually, the producer made a decision to record the final version of the song with Massimo. Little Russian became a big hit. It was mostly popular in Eastern Europe and Japan.

In 1992, Massimo recorded a new single “Tell by Your Eyes” that got into the top-100 of the Japanese music charts and he got an invitation to go on a tour in Asia. However, for various reasons, Massimo stayed at home. He continued to work as at technician during the day and perform at the night clubs at night. Massimo kept performing with Masini and other musicians.

In 1989, Marco Masini performed at the Sanremo festival, which made him popular. Masini kept building his career and working on new albums. Massimo had to leave his day job to became a full-time guitarist in Masini’s group. Besides, working with Masini, Massimo performed with other musicians. In 1991, at Sanremo festival, he sang with Umberto Tozzi (Others are us). The song earned them 4th place. In 1995, Massimo performed “Don’t Love Me” with Francesca Alotta.