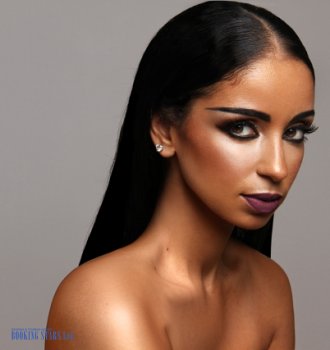 Mya’s full name is Mýa Marie Harrison. She was born in Washington D.C. on 10 October 1979. Mya has two younger brothers. Her father is an R&B singer. Her mom is an accountant.

When Mya was young, she was a big fan of Michael Jackson. She copied the famous singer by putting on her mom’s boots and using a spoon as a microphone. When the girl got older, her parents paid for violin lessons. At about the same time, she began dancing.

In 1982, the future singer started learning ballet. Two years later, she became a big fan of tap dancing. When Mya was 10 years old, she got so good at it that one of the tap dance celebrities Savion Glover became her teacher. Later, the artist began dancing at John F. Kennedy Center.

In the mid-1990s, Mya’s dad, who was a professional R&B singer, helped her record a demo album. One of the copies made its way into the hands of Universal Music’s president, Haqq Islam. He helped Mya signed a contract with Interscope Records. For two years, the young woman has been working on her debut LP. She invited such celebrities as Darryl Pearson, Babyface, Raphael Brown, Diane Warren, and Sisqo to help her do it. The album finally came out in 1998.

When she was just 17 years old, Mya managed to become popular thanks to her singles "It’s All About Me", "My First Night With You", and "Movin’ On", which climbed to high spots on many different charts. The single "Ghetto Supastar (That Is What You Are)", recorded with Pras and Ol’ Dirty Bastard was a huge hit and became a soundtrack for the movie Bullworth. The music video for the song collected over 1.4 million views. At that time, many fans tried to book Mya for private events.

The second LP came out two years later. The singer called it Fear Of Flying. The album became platinum in the USA and climbed to the 15th spot on Billboard 200. The most popular songs featured in the LP were "The Best of Me", "Case of the Ex", "Free", and "Lie Detector", recorded with Beenie Man.

In 2003, Mya released her third LP, Moodring. It was recorded with the assistance of such producers as Timbaland, Missy Elliott, Rockwilder, and Jam & Lewis. The biggest hit was "My Love Is Like…Wo", produced by Missy Elliott. A year later, the artist began working on her next album, which was supposed to be called Control Freak. The release was planned for 2005. However, the LP never came out because the singer canceled her contract with the label. The name of the album was changed to Liberation. It was finally released in 2007.

After her fourth album’s release, Mya signed a contract with a Japanese label, Manhattan Records and started working on a new album, Sugar & Spice. The LP didn’t become too popular and received average reviews from the critics. In 2009, it was re-released and got a new name, Sugar & Spice: The Perfect Edition. The new LP featured remixes and a new song, "Wish You Were Here".

The first single for the new album was "Fabulous Life". Mya released it in 2011 in Japan. The album got the name K.I.S.S. (Keep It Sexy & Simple). It debuted on the 61st spot of the Oricon (Japan) Chart and came in 74th on Top R&B/Hip-Hop Albums Chart.
In 2014, Mya released a series of EPs on her own label, Planet 9. The next LP came out in 2016. Its lead single was "Welcome To My World”. The second song was "Team You". The album reached the 30th position of Billboard Top R&B/Hip-Hop Albums. It brought Mya a Grammy nomination for Best R&B Album.

In 2018, the singer recorded a single “You Got Me”, which was featured in her new album, TKO (The Knock Out).

Mya writes the majority of lyrics for her texts. Since 2000, she is co-producer for most of the songs she releases. Mya is not just a singer. She pays close attention to the recording and releasing process. The artist has her own studio and label, Planet 9.

Mya earned several prestigious awards. One of them is a Grammy for Best Pop Collaboration with Vocals. The singer got it for the song Lady Marmalade”, which was a soundtrack for the musical Moulin Rouge! 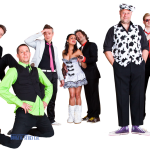