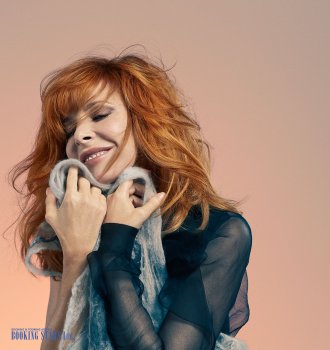 Mylene Farmer was born on September 12, 1961, in Canada. She is a singer, songwriter, actress, and a businessman, mostly known for such hits as "Pourvu qu'elles soient douces", "Désenchantée", and "Dégénération"

Mylene Farmer (real name Mylène Jeanne Gautier) was born in Canada. She lived in Montreal with her parents until she was 10 years old. When her father’s job contract was over, the family moved to Parisian suburbs. Mylene had a hard time finding new friends in a new town. She missed her friends in Montreal. Mylene dropped out of high school right before graduation due to bad grades. After dropping out, she decided to start a new life and moved to Paris.

Mylene changed dozens of jobs, but the only one she liked was a model agency. However, Mylene didn’t want to be a model and dreamed of becoming an actress. She even attended drama classes.

Mylene’s career took off when a famous producer Laurent Boutonnat went searching for a vocalist for his new song “Maman a Tort” and visited the model agency, where Mylene was working. They recorded a single and Mylene Farmer was born. The single sold 100,000 copies and became the best-selling song in France. Farmer recorded an English version of the song called “Mama is Wrong”.

In 1986, Mylene recorded her first studio album Cendres De Lune, which sold over a million copies in Europe. Two singles from that album “Libertine” and “Tristana” became hits and earned a silver status in France.

In 1991, Farmer released her third album L’Autre. The most famous single from that album "Désenchantée" sold over a million copies.

In 1995, Mylene released her fourth album Anamorphosee. She changed her image from a dark and somewhat morose girl to a livelier young woman. The LP was more popular than her previous work, topped the French Albums Chart, and sold 2 million copies worldwide.

In 2000, Mylene decided to try herself as a producer and wrote a song Moi…Lolita and helped a young singer Alizee jump start her career.

In 2003, Farmer tried herself as a writer. She wrote a book Lisa-Loup et le Conteur.

Farmer recorded 6 more LPs, the latest one being Interstallairs (2015). She continues to write songs, produces, and performs live.