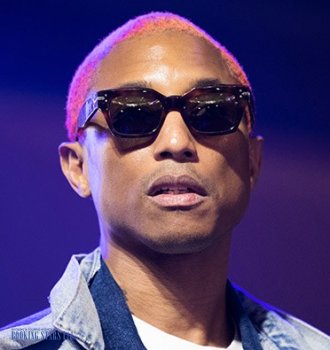 N.E.R.D. appeared in 1999. It’s an abbreviation for No One Ever Really Dies. The founders are a drummer Pharrell Williams and a keyboardist Chad Hugo. Together with Shay Haley, the young men attended the same high school. All three were neighbors.

When the young musicians were in the 7th grade, they went to a music camp, in which Chad played the sax and Pharrell mastered drums. Later, the two boys formed their own group and performed at talent shows. The producer Teddy Riley spotted the duo. He hired them to write the lyrics to the song “Rump Shaker” for the group Wreckx-n-Effect.

Later, a popular hip-hop artist Sean Combs (better known as Diddy or Puff Daddy) noticed the musicians. He invited the young men to become producers for Mase and Total. The duo turned into a producing team The Neptunes. It quickly earned popularity in the music business.

The first fame came to Chad and Pharrell after they worked on N.O.R.E.’s (who back then was known as Noreaga) song “Superthug”. The song became the best rap track of 1998.

Anyone, who worked with The Neptunes was doomed for fame. Among their clients were Britney Spears, Mariah Carey, Justin Timberlake, and the like. After some time, the musicians’ old friend Shay Haley came to work with them. They formed a group called N.E.R.D. The band played a mix of rock, R&B, rap, and funk. The artists decided that it was what the American listener wanted the most. Since all of the members were experienced musicians, the group had all the chances of becoming famous.

The most active member of the band was Pharrell Williams. He was the vocalist, who also did music settings. The musician was also a producer and a songwriter. However, the group wouldn’t become popular without the other two artists.

Experts say that looking for deep meaning in the N.E.R.D.’s songs is a waste of time. The artists themselves confirm this. The key to their popularity is the melodies, settings, and style mix. Musicians didn’t need any other members. They did the songwriting, producing, and performing on their own.

In 2001, the band released a debut album, In Search Of…, in Europe. In 2002, it appeared in the United States. The LP reached the 56th position on Billboard 200 and earned positive reviews from the critics.

In 2004, N.E.R.D. presented its second album, Fly or Die. The members invited such famous artists as Lenny Kravitz and Good Charlotte to record it. The singles from the album mixed such styles as rock, funk, and Beatles pop. The LP reached the 6th spot on Billboard 200 and sold almost 120,000 copies in the first week. The single "She Wants to Move" climbed to the 5th spot on the UK charts and made it into the top-10 in Italy. The single “Maybe” came in 25th on the UK Singles Chart. At that time, many fans wanted to book N.E.R.D. for private events.

In 2005, the band canceled the contract with Virgin Records due to some disagreements. While on the tour to support the previous album, the musicians received such overwhelming support from the fans that they decided to release their work independently.

Their third album Seeing Sound came out in the summer of 2008. It featured such singles as "Everyone Nose (All the Girls Standing in the Line for the Bathroom)", and "Spaz", both of which became hits.

In 2010, N.E.R.D. recorded the next LP, Nothing. It featured a hit single "Hot-n-Fun", recorded with Nelly Furtado. The same year, the band supported Gorillaz in their world tour, Escape to Plastic Beach.

In 2013, the band reported that it was working on the next album. However, Pharrell warned the fans that they shouldn’t hope to see it too soon.

In 2017, the group finally released No One Ever Really Dies. It was recorded with the assistance of such artists as Wale, Gucci Mane, and Ed Sheeran. The album reached the 31st spot of Billboard 200 and the 80th place on the UK Albums Chart.

The group is working in new songs and performing live.