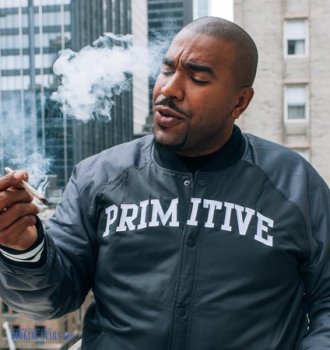 One of the most famous American rappers with Puerto Rican heritage is Victor Santiago Jr., better known as N.O.R.E. He is famous for his club mainstream hits, sagas, and reggaeton music. Many of his colleagues joked about the lack of sense in Victor’s lyrics. However, that didn’t keep Santiago from selling 5 million copies of the albums created by him and the Capone-N-Noreaga (CNN) duo. N.O.R.E. was the first person to notice Farrell William’s talent, who became famous thanks to the collaboration with Noreaga (N.O.R.E.’s first pseudonym).

Victor Santiago Jr. was born on 6 September 1976 in New York. He has Puerto Rican heritage. When Victor began his career, he was part of the group CNN, which became famous in the world of hip-hop. The artist adopted a pseudonym Noreaga in honor of Panamanian military officer Manuel Noriega, who had some history of drug trafficking.

N.O.R.E met his partner Capone in jail. In 1996, the band CNN was mentioned in the Source magazine. Soon, the young men recorded their debut LP, The War Report. While they were working on the album, Capone was sent back to jail for breaking parole. So Noreaga had to finish the album alone. Later, the album earned a gold status from RIAA. It allowed Noreaga to start thinking about solo work.

In 1998, Victor recorded singles “Banned From TV" and "Superthug", which became part of his debut solo LP, NORE. The album became platinum. The musician earned popularity all over the world. He had a special style, which mixed club sounds with gangsta rap. Many organizers wanted to book N.O.R.E. for private events.

In 1999, the artist released his second LP. The same year CNN presented a new album.

The solo album was called Melvin Flynt – Da Hustler. It didn’t become as popular as the previous LP but earned +gold status. The LP featured a famous single "Blood Money Part 3", which became an anthem for rappers on the streets. CNN’s new release, The Reunion, also became gold. It was a big success for the group.

The same year, the members of CNN had disagreements with hip-hop artists from the West Coast. Eventually, Snoop Dogg apologized. However, Hussein Fatal got hit by Capone after expressing his opinion. N.O.R.E.’s solo career was put on hiatus.

In 2002, the rapper came back to release his most successful album to date, God's Favorite. To record it, Victor collaborated with the popular team of producers, The Neptunes. The LP sold over 2 million copies. Such singles as "Grimey" and "Nothin’" are timeless. Seventeen years later, they are still nightclub hits.

After the release, the rapper got involved with reggaeton. In 2006, he signed a contract with Roc La Familia and released an album called N.O.R.E. y la Familia...Ya Tú Sabe. However, a year later, Santiago left Roca La Familia and started working with Babygrande. He released one more album, Noreality, which was less successful than the predecessors.

In 2009, N.O.R.E. and Capone released a studio album, Channel 10. It climbed to the 136th spot of Billboard 200. Next year, Victor presented a new album, The War Report 2, which featured a successful single “Hood Pride”, recorded with Faith Evans.

In 2011, the famous rapper Bust Rhymes, who has worked with N.O.R.E. several times, wrote in his twitter about Victor signing a contract with his label, Conglomerate Records. Between 2009 and 2011, N.O.R.E. was working with DJ EFN as hosts at a radio show Militainment Crazy Raw Radio on Sirius XM.

In 2013, Santiago decided to change his pseudonym to Papi. The same year, he released a new LP, Student of the Game.

How much does it cost to book N.O.R.E.:
Price inquiry
N.O.R.E. booking agent:
Contact agent
N.O.R.E. Contacts:
Send N.O.R.E. a message
« previous next » 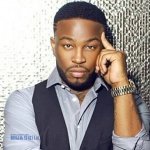