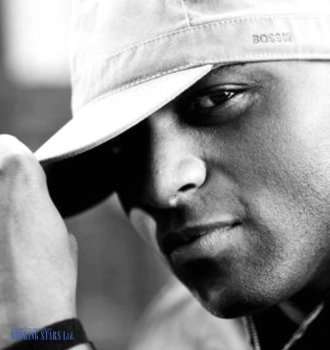 Even though American rap was popular, German musicians favored a style called German hip-hop. The main difference between German hip-hop and rap was the nature of the lyrics. Before Nana became a musician, he tried an acting career. In 1992 and 1993, he played small roles in two German movies "Schattenboxer" and "Fernes Land Paisch". The fame didn’t come to Nana and he decided to turn back to music. For a while, he worked as a DJ at various German nightclubs. He suffered from a few conflicts that had to do with his skin color. However, by the mid-1990’s black TV show hosts became popular and racism was waning. While DJ-ing at clubs, he met various popular musicians who helped Nana with his career.

In 1996, Nana signed a contract with Booya Music and released his first single “Darkman”, the popularity of which exceeded all expectations. It got into the top-10 of the German chart Media Control. Nana’s next single “Lonely” stayed number one for a few weeks. Nana’s debut album “Nana” went golden twice and once turned platinum. In 1998, Nana recorded a second album “Father”. One of the singles from that album “Remember that time” became an international hit. It got into the top-10 of the German and Swiss music charts and top-20 of the Austrian charts.

In 1999, Nana recorded a single “I wanna fly”, which was a complete failure. He took a 5-year break and came back in 2004 with a new album “All Doors in Flight: No7”, which was released online. Even though the new Nana’s songs didn’t gain as much popularity as his first hits, he is considered to be one of the best music stars of the 1990’s. Nana still performs his old songs.

Invite a star for a concert online on our website!

How much does it cost to book Nana:
Price inquiry
Nana booking agent:
Contact agent
Nana Contacts:
Send Nana a message
« previous next »