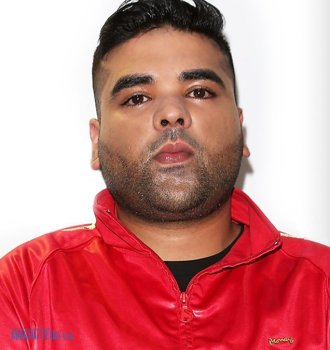 Naughty Boy (real name Shahid Khan) was born on January 1, 1985, in the United Kingdom. He is a DJ, songwriter, and a record producer. Naughty Boy is mostly famous for such hits as “La La La”, “Lifted”, and “Runnin’ (Lose It All)”.

When Shahid finishes high school, he decided to study economics. However, he soon realized that he is more interested in music than finances and dropped out of the university. The musician received 5,000 pounds from The Princess Trust as a grant and won 44,000 pounds at a game show Deal or No Deal. This money allowed him to establish a recording studio and become a record producer. He worked with a variety of young artists and helped create masterpieces, including Wiley’s “Never Be Your Woman” and Sande’s “Wonder”.

After a while, Khan made a decision to become a singer himself. In 2013, he released his first single “La La La”, which became extremely successful. The song topped the UK Singles chart, got into top-10 of many European charts and reached the 19th spot on the Billboard Hot 100. The single received multiple platinum certifications in many countries. The song also received Best Song and Best Video MOBO awards.

After a big a success of the first single, Khan made a decision to release a studio album. Hotel Cabana fared well on the charts, reaching the 3rd spot on the UK Albums Chart and the 8th spot on the Swiss Hitparade. So far, this is the only studio album released by Naughty Boy. The songs “Lifted”, “Think About It”, and “Home” featured in Hotel Cabana were very successful in the United Kingdom but didn’t get into European and US Charts.

In 2015, Khan released “Runnin’ (Lose It All)” featuring Beyoncé and Arrow Benjamin. The song became a big hit all over the world. It reached the 4th spot on the UK Singles Chart and the 90th spot on Billboard Hot 100. Khan continues to write new music, produce, and perform.