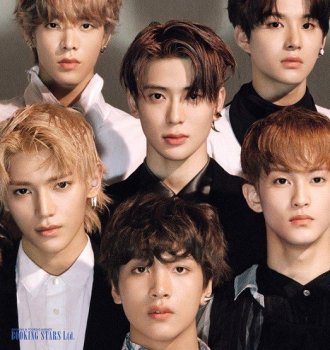 NCT is a South Korean boy band project created by SM Entertainment. The name NCT stands for Neo Culture Technology. Using a mix of unusual digital sound, acrobatic moves, and charisma, the artists are conquering the music lovers all over the world.

The project’s official launch took place in April 2016 when the debut tracks "The 7th Sense" and "Without You" were released. The debut EP came out in July 2016. It was recorded by NCT #127. The album topped South Korean Gaon Album Chart, came in 40th on Japanese Oricon Albums Chart, and settled on the 22nd spot of US Billboard Heatseekers Album and second position on US Billboard World Albums Chart. The goal of the band’s launch was achieved. They managed to declare their importance and acquire an army of fans. Many organizers tried to book NCT for private events.

The debut LP, NCT 2018 Empathy, came out in March 2018. The songs "Boss", "Baby Don't Stop", "Yestoday (Extended version)", "Black On Black", and "Go" became hits. The LP climbed to the 2nd spot of South Korean Gaon Album and Japanese Oricon Weekly International Albums Charts. It also came in 5th on Billboard World Albums Chart. The album also became popular in Europe, which was a big success for a South Korean group. The single “Touch”, featured in the album appeared on the SBS MTV in The Show. The album sold over 300,000 copies.

In October 2018, NCT 127 released an LP, Regular-Irregular, which included such popular songs as "Regular", "Knock On", "Run Back 2 U", and "Replay (PM 01:27)”. The album topped South Korean Gaon Albums Chart and came in 2nd on Billboard World Albums Chart. It also appeared on Japanese, French, Australian, Singaporean, and the UK charts.

The same year, NCT Dream recorded an EP, We Go Up. It was their second album, which turned out to be more successful. The EP topped the national charts and appeared on the UK and French charts.

Throughout its career, the band participated in such TV projects as Exo 90:2014 on Mnet, Mickey Mouse Club for Disney Channel Korea, reality show Life on Naver TV Cast, Oksusu and KBS Joy. The group also had its own program NCT night night on SBS.