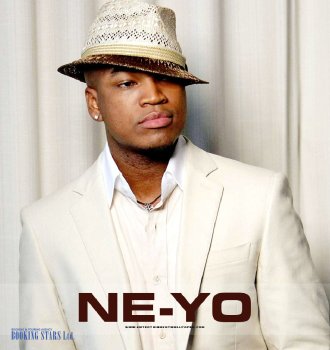 Ne-Yo’s real name is Shaffer Chimere Smith. In 2009, Billboard magazine called him the Artist of The Decade.

Ne-Yo was born on 18 October 1979. His father is African American and his mom is half-Chinese. After Smith’s parents divorced, he was brought up by his mother. She noticed the budding talent of the musician and sent him to study at Las Vegas Academy in Nevada. At that time, the young man showed great interest in music and even performed with the R&B band Envy under the pseudonym GoGo. However, the group fell apart before Smith had a chance to show his real talent. While studying in college, the talented songwriter earned money writing songs for such artists as B2K, Youngstown, K’Millian, and others.

In 2000, Shaffer made his first steps to fame. He adopted a pseudonym Ne-Yo and signed a contract with Columbia records. However, the collaboration didn’t work out and the contract was cancelled before the first LP came out. A famous musician Marques Houston heard Ne-Yo’s song “That Girl” and decided to make it part of his album, MH. It brought Ne-Yo more popularity.

The real fame came to the musician when he wrote the song ”Let Me Love You” for Mario. The single stayed on top of Billboard Hot 100 for 9 weeks. After that, Smith signed a contract with Def Jam Recordings. Together they released his first solo studio album, In My Own Words. The album sold more than 1.4 million copies and earned a platinum status. The single “So Sick” topped Billboard Hot 100 in the first 7 days after the release. The LP also featured such hits as “When You’re Mad” and “Sexy Love.”

In 2007, the musician presented his second solo album Because of You, which immediately topped Billboard 200. It sold 251,000 copies in the first week after the release. The LP brought Ne-Yo his first Grammy Award. After that, many organizers tried to book Ne-Yo for numerous events.

In 2010, Ne-Yo recorded the fourth album, Libra Scale. The single “Beautiful Monster” topped UK Singles Chart. The album made it to the 9th position of Billboard 200 and sold 345,000 copies in the USA.

The fifth studio LP, R.E.D, came out in 2012. The song “Let Me Love You (Until You Learn to Love Yourself)” climbed to the 6th spot of Billboard Hot 100 and topped UK Singles Chart. More than 60,000 copies were sold in the first week after the release. The album settled on the fourth spot of Billboard 200.

The sixth album, Non-Fiction, appeared in 2015. The singles “She Knows” and “Money Can't Buy” came out a year earlier. The former reached the 19th spot of Billboard Hot 100. The song “Time Of Our Lives”, recorded with Pitbull, climbed the 9th position of the same chart. The album sold 59,000 copies in the first week and came in fifth on Billboard 200.

How much does it cost to book Ne-Yo:
Price inquiry
Ne-Yo booking agent:
Contact agent
Ne-Yo Contacts:
Send Ne-Yo a message
« previous next » 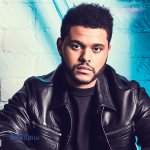