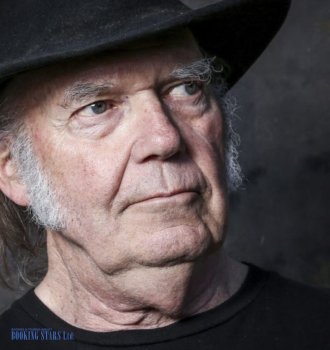 Neil Young is a singer, songwriter, guitarist and producer from Canada.

Neil Young, one of the most prominent and controversial performers in the history of rock music, was born on November 12, 1945 in Toronto. Many believe that it was Neil Young, along with Bob Dylan, who laid the foundation for the development of almost any of the existing directions of rock.

Even before leaving school, Neil played the guitar with might and main, playing for a number of local bands and often appearing late evenings in numerous clubs in his city. At the very beginning of his career, the artist played mainly blues and rockabilly, and his largest band was the Californian formation "Buffalo Springfield". The members often quarreled, with the result that in 1968 Neil decided to record separately from them.

An accomplished musician himself, Young recruited a group of very talented instrumentalists from California called Crazy Horse, who supported the artist during his live performances throughout his career. The rocker's debut album, named after him and released in 1968, did not justify the hopes placed on him, but this only provoked the musician.

The second studio work, "Everybody Knows This Is Nowhere" (1969), featured several songs that echoed unborn hard rock. After preparing this disc, Neil joined a great band formed by his old friends, Crosby, Stills & Nash, after which Young's name was added to the band's name. With the new roster, the team went on a major tour of the States. Members of this formation had too different views on music to work together all the time, as a result of which the team broke up several times. From time to time, the musicians gathered again to play several concerts, keeping this tradition to this day.

In 1972, Neil again concentrated on his solo career and recorded a quiet country rock album, Harvest, which became a classic of the genre. Young always tried to stay away from generally accepted norms and priorities in order to be like no one else, and therefore the artist was very surprised when this disc climbed to the top of the American pop charts. Immediately after that, the singer abruptly changed course, turning to much darker and louder music. The pessimistic mood that prevailed on the albums of that period was caused by the death of several people close to Neal and the incurable illness of his only son. After releasing a number of expressionless records, the rocker finally released a very powerful work called "Tonight's the Night" (1975).

Neil Young devoted the second half of the seventies to a lasting and effective partnership with Crazy Horse. The emphasis was on the loud guitar sound, which later became the basis for punk and grunge. With the onset of a new decade, the artist decided to start looking for new ideas, which disappointed many of his fans. They especially disliked the 1982 album Trans, on which the singer's voice was passed through the processors. Young returned to classic rock in 1989 with the stunning Freedom CD. In the same year, a selection of his songs, played by other rock artists, appeared on sale. In the early nineties, the grunge craze began, and the stars of the new popular genre began to openly express their desire to play with their main inspirer, Neil Young.

Most fortunate was the Pearl Jam, who played with him on a number of concerts and recorded the very powerful album "Mirror Ball" (1995). Young later recorded the music for the classic art-house film Dead Man, which was released in 1996. Summing up the results of the twentieth century, the influential magazine "Rolling Stone" gave Neil Young the thirty-fourth position in the ranking of the most important figures in the history of rock and roll. In the new millennium, the songs of the renowned rocker began to bear a bright political connotation.

His 2006 album, "Living with War", featured the song "Let’s Impeach the President" in which the singer sharply condemned US policy towards Iraq.

In early 2009, Young's new album, Fork in the Road, was released, and already in 2010, listeners enjoyed the musician's new creation. The producer was Daniel Lanois, hence the name of the record - Le Noise. Young's studio work received excellent reviews from music experts, and the audience appreciated it: Neil's many years of experience and desire to create music were the main elements of his success.

Neil Young is a great choice for your event! Book a legendary singer on our website online! 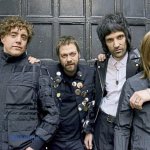