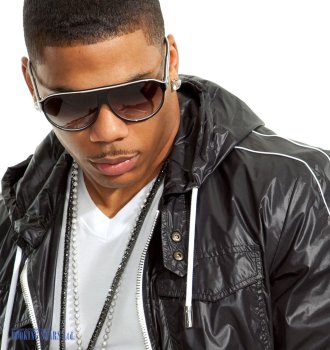 Nelly’s real name is Cornell Iral Haynes Jr. He was born on November 2, 1974, in Texas. Cornell’s father served in the military and divorced his mother when the boy was just seven years old. Together with his mom, Haynes had to move to Missouri. While in school, the young man showed impressive artistic talent and even formed his own hip-hop band. The group’s best work was "Gimme What Ya Got". However, the success never came, and Cornell started thinking about a solo career. It took him a while to find a label. In the late 1990’s, Haynes signed a contract with Fo'Reel Entertainment.

In 2000, Nelly released his first studio LP, Country Grammar. The popularity came to the album from the songs, "E.I.", "Ride wit Me", and "Batter Up". The LP climbed to the third spot of Billboard 200, which was a big success for a young singer. The lead single "Country Grammar (Hot Shit)" made it to the 7th spot of Billboard Hot 100 and topped Hot Rap Tracks. The LP sold 10 million copies in the USA.

In 2002, the rapper released his second album, Nellyville, which reached the top spot of Billboard 200. Critics gave positive reviews to such songs as "Hot in Herre", "Dilemma", "Work It", "Air Force Ones", and "Pimp Juice". After the music videos for several songs appeared, some listeners accused the singer of being hateful toward women. While the critics were changing their preferences, the artist earned his first Grammy Award for the single “Hot in Herre”. After that, many organizers tried to book Nelly for their events, but not many managed to get lucky.

In 2004, the musician released two studio albums, Sweat and Suit. Sweat featured R&B songs and topped Billboard 200. The second album contained hip-hop tracks. It climbed to the second spot of Billboard 200. As of today, more than a million copies of both albums have been sold in the USA. Nelly asked Tim McGraw to help him record the album. A year later, the artists worked together to give a charity concert dedicated to the Indian Ocean earthquake victims.

In 2008, the rapper released another LP, Brass Knuckles. The songs were recorded together with such artists as Fergie, Dupri, Ciara, and Rick Ross. The album climbed to the 3rd spot of Billboard 200 and sold more than 80,000 copies a week after the release. Among the popular songs featured in the LP are "U Ain't Him", "Hold Up", "Long Night", "Stepped on My J'z", and "Body on Me".

Nelly announced the release of the 6th album in 2009. However, the LP Nelly 5.0 came out only a year later. The leading single "Just a Dream" appeared three months before the album’s release and reached the 12th spot on Billboard Hot 100. A month later, it climbed to the 3rd position.

In 2011, the musician focused on releasing his first mixtape. O.E.MO came out in December. The second mixtape appeared a year later. Nelly called it Scorpio Season.

At the beginning of 2012, the rapper released a promotional single to the next LP. “Hey Porsche” reached the 42nd spot on Billboard Hot 100. The album itself, М.О., came out in September.

Since 2014, Nelly has been actively working on his acting career.

Even though Nelly is very busy with his acting gigs, he finds time to record new music and perform live.