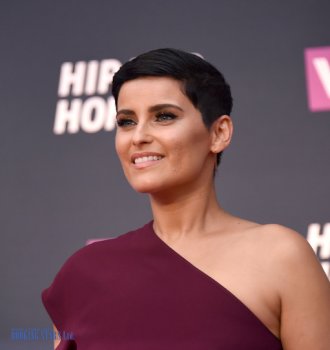 Nelly Furtado is a Canadian singer and songwriter. She was born in 1978 in Victoria, British Columbia. Her parents were immigrants from Portugal. Neither of them had ties to the music business. When Nelly was a girl, she helped her mother work as a house cleaner.

Furtado enjoyed music since childhood. When she was just 4 years old, the future celebrity sang in a church choir with her mother. At nine, the singer started learning how to play a Hawaiian guitar and trombone. These skills helped the young girl become a member of a high school jazz band. Additionally, she took vocal and dance lessons.

Nelly was a big fan of R&B and hip-hop. When she grew up, the singer decided to move to Toronto to pursue a music career. Her parents didn’t like the idea, but nothing could stop the artist. After moving to Toronto, the singer formed her first group Nelstar. She recorded all the songs on her own in a studio.

In the 1990s, the young woman became a fan of rock and learned how to play the guitar. She sang in three languages and tried to learn how to play unusual musical instruments. In 1997, Nelly participated in a contest, during which she met two producers, Brian West and Gerald Eaton. They worked with Canadian celebrities. The producers helped the young artist start recording her songs professionally.

After two weeks of hard recording work, the new team came up with songs, which attracted the attention of numerous labels. In 1999, Nelly signed a contract y with DreamWorks. The team of producers named itself Track & Field.

The single from Furtado’s first LP, “I'm Like a Bird”, earned worldwide popularity and received Grammy and June Awards. The debut album, Whoa! Nelly, earned two platinum certifications and stayed in Billboard 200 for a year. Right after the release of the LP, Nelly embarked on a world tour Burn in the Spotlight. At that time, many organizers were trying to book Nelly Furtado for private events.

After the huge success of the first album, Nelly began working on the second one. This time, she focused on folk music and called the LP, Folklore. It came out in 2003. Each of the songs featured in the album had its own special sound. Even though the LP wasn’t too popular among the pop music fans, it sold 3 million copies worldwide and reached the 18th spot on the Canadian Albums Chart. The single “Forca” was an anthem of the European Football Championship in 2004.

The third LP came out in 2006 with the assistance of a hip-hop celebrity Timbaland, who was the producer. Loose topped Billboard 200 and sold 12 million copies worldwide. The next album Mi Plan (2009) featured songs in Spanish. Nelly worked as a producer of the album. The lead single “Manos Al Aire” became a hit. The album topped Latin Billboard Chart and earned a platinum certification from RIAA. In 2010, the album got a prize at Latin Grammy Awards for Best Pop Vocal Album, Female.

Later, Nelly presented a new version of the abovementioned album, Mi Plan (Remixes). It featured a remix of her song “Fuerte”, which became a popular single. The same year, Furtado embarked on a tour of Latin American and worked with such famous artists as N.E.R.D., Tiesto, and K’os.

In 2012, Nelly presented her next LP, Spirit Indestructible. It earned high scores from the critics but didn’t manage to become as popular as its predecessors. The most successful single featured in the LP was “Big Hoops”. The singer performed at Billboard Music Awards ceremony.

In 2017, Furtado released another album, The Ride. It came in 76th on Canadian Albums Chart. The single “Cold Hard Truth” became a hit.

Nelly Furtado was married to Jasper Gahunia and has a daughter Nevis. In 2005, Nelly and Jasper broke up. The singer is currently dating her producer Timbaland. 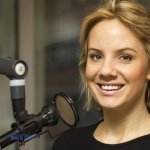