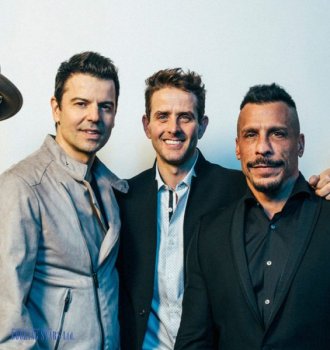 The pop group New Kids on the Block was on the peak of its popularity in the 1990s when its songs managed to top Billboard Hot 100 numerous times. Its main hit is “Step By Step”. According to Forbes Magazine, in 1990, the band was more financially successful than Madonna and Michael Jackson. With time, the group became less popular since rap and grunge were the choice of the younger generation. In 1994, the band fell apart for some time. However, it still performs and manages to inspire new boy bands.

The band’s story began in the 1980s when Maurice Starr formed an R&B band New Edition. Soon, he left it and together with a business partner, decided to move forward to create a more popular project. They noted a 15-year-old aspiring artist with impressive vocal and dancing talents. It was Donnie Wahlberg. He became the first member of the successful band. Donnie helped Starr find the rest of the group members. He invited his younger brother Mike and friends Jamie Kelly and Danny Wood. Wahlberg also convinced one of his ex-classmates, Jordan Knight, to go through an audition. Starr eventually accepted Jordan and his older brother Jonathan.

The band was formed. However, Mike Walberg soon left it to pursue an acting career. At first, Jamie Kelly replaced him. Later, the group invited Joey McIntyre to take his place. After spending months rehearsing new songs, Starr announced that the new group will be called Nynuk. They signed a contract with Columbia Records to record one album. However, the label asked to change the name. Starr came up with New Kids on the Block.

In 1986, the band released its debut album, New Kids on the Block, the producer of which was Maurice Starr. The lead single “Be My Girl” became popular in the band’s native town, Boston, but didn’t manage to earn recognition beyond the state. The second single “Stop It Girl” was even less popular.

The band embarked on a tour of New England states. It performed in bars, dance clubs, and nightclubs. Starr worked hard on new songs and convinced Columbia Records to extend the contract. He was sure that the next album would be popular.

The first single from the next album was "Please Don't Go Girl". It wasn’t too successful at first but eventually climbed to the 10th spot of Billboard 100.

In 1988, the band presented their second LP, Hangin’ Tough. It topped Billboard 200. The group was invited to numerous shows and music programs. It toured the world with other artists. The sales of the LP were growing, as the band was getting more popular. The second single "You Got It (The Right Stuff)" went platinum in Australia and golden in the USA. Many fans wanted to book New Kids on the Block for their private events.

At the beginning of the 1990s, the group was popular all over the United States. The musicians arranged over 200 concerts per year. In the summer of 1990, they went on a world tour called The Magic Summer Tour. During the tour, they earned $74 million. More than 3.2 million fans came to the concerts. The same year, the band released its third LP, Step by Step.

In 1993, the group cancelled the contract with Maurice Starr and renamed itself NKOTB. The new album Face the Music appeared in 1994. However, it was much less commercially successful than its predecessors. The group went on a tour to support the LP.

In 1994, after Jonathan Knight left the band, it fell apart. The members tried pursuing solo careers.

Suddenly, in 2008, Walberg announced a reunion. He said that the band is working on a new album and planning a new tour. The same year, the musicians released the LP, The Block, which came in 2nd on Billboard 200.

Book New Kids on the Block