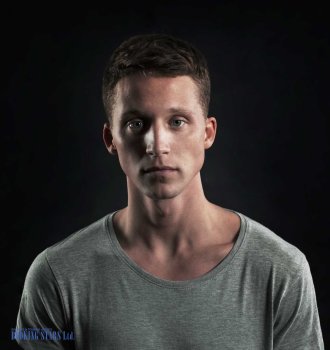 Nathan John Feuerstein was born on 30 March 1991 in Gladwin, Michigan. After his parents divorced, Nathan stayed with his father. His mom died from a drug overdose. The singer finished high school in 2009 and decided to become a gospel musician.

In 2009, Nathan started his music career by participating in Fine Arts Festival in Michigan. A year later, Feuerstein independently released his debut album Moments.  At the same time, he started working on the next EP, NF but couldn’t release it due to some problems with Xist Music band. However, he still recorded a song for the band, which was featured in their 2012 album.

In November 2013, Nathan presented his independent single "Beautiful Addiction." Shortly, he adopted the pseudonym NF and signed a contract Capitol Christian Music Group. Back then, it was easy to book NF for private events or concerts.

In August 2014, the artist finally released the long-awaited EP NF with Capitol CMG and Sparrow Records. The album became a big breakthrough in Nathan’s career. It made it into several charts, including Billboard US Christian Albums (12th spot), US Top Gospel Albums (4th spot), and US Top Rap Albums (15th spot). The album received positive reviews from the critics. Such music magazines as CCM, Jesus Freak Hideout, and New Release Tuesday gave the EP 4 stars.

Feuerstein’s first official studio album Mansion came out in 2015 under Capitol CMG label. It debuted on the 62nd spot of Billboard 200 and sold over 10,000 copies in just one week. The LP topped US Christian Albums chart and reached the 9th spot of US Top Rap Albums. The album earned many 5-star reviews from the critics.

While working on his own songs, NF collaborated with such famous artists as Flam, TobyMac and Futuristic.

NF’s single “Intro”, which came out in 2015 and reached the 26th spot on Hot Christian Songs chart, was featured in the video game Madden NFL. Many of Nathan’s songs appeared on such cable channels as ESPN, VH1, and Showtime. They were also featured in such TV series as NBC’s Chicago P.D., Shades of Blue, and Grimm. The music video for “Intro” came out on MTV.com.

In April 2016, Nathan released a single from the upcoming LP, “I Just Want to Know”. The song reached the 15th spot on Hot Christian Songs Chart. The single “Real” and NF’s second studio album Therapy Session came out shortly. The LP received a Dove Award as "Best Rap/Hip-Hop Album of the Year". The single was nominated for the same award as Rap/Hip Hop Recorded Song of the Year"

In 2017, NF released his third studio album Perception. For the first time, his work didn’t just enter Billboard 200, it topped the chart. So far, this LP is the most successful work in the musician’s career. The single from the album, "Let You Down" earned numerous platinum awards, reached the 12th spot on Billboard Hot 100 and the 6th spot on UK Singles Chart.