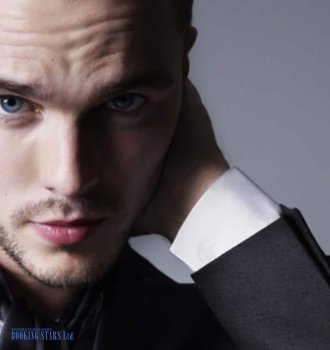 Nicholas Caradoc Hoult was born on 7 December 1989 in Wokingham, UK. His older sisters are TV actors. When Nicholas was young and his sisters were taking acting and ballet classes, he always tried to join them. Little Nick landed his first role when he was just 3 years old. He appeared in the play The Caucasian Chalk Circle. Two years later, Hoult debuted on the big screen in the movie Intimate Relations.

Nicholas took choreography classes and danced in Swan Lake and Nutcracker as part of English National Ballet. He also played the trombone and sang in the school choir.

In 2002, the young actor landed a significant role in the comedy About a Boy. Hoult played alongside Hugh Grant. The movie critics commended his acting talent. The film brought Hoult a variety of awards and nominations.

In 2006, Nicholas was approved for the leading role in the teen TV series Skins. He started working on the project immediately. Eventually, it premiered in January 2007 and made the young actor famous. In 2008, this role brought Hoult Golden Nymph Award as "Best Actor in a Drama Series". Many fans and event organizers were hoping to book Nicholas Hoult’s appearance. However, his busy schedule made it close to impossible.

In 2009, a movie based on Christopher Isherwood’s novel premiered. The leading role in A Single Man belonged to Colin Firth. Nicholas had a supporting role. The movie was a big success. It earned many prestigious awards and nominations, including Academy Awards and Golden Globe awards. For his part, Hoult received a nomination for British Academy Film Awards.

In 2011, Nicholas was approved for one of his most noticeable roles. He played Hank in the superhero movie series X-Men. The movie was highly commercially successful. The actor was nominated for several awards.

In 2014 and 2017, Nicholas appeared in the second and third parts of the X-Men saga. He continued portraying Hank. Again, the actor earned several prestigious nominations for his work.

In 2013, Hoult played a leading role in the comedy horror movie Warm Bodies. The image of a silent zombie called “R” was a success. Critics and fans gave high scores to Hoult’s performance. Christopher earned a Teen Choice Award as "Choice Breakout" and two nominations for the same award. The same year he appeared in the movie, Jack the Giant Slayer. The starring part was his.

In 2015, the long-awaited action film Mad Max: Fury Road finally premiered. The role of Nux, which Hoult landed back in 2010, was a success. The movie was highly commercially successful all over the world. It was nominated for Academy Awards 10 times. It won six prizes. Hoult was also nominated for several awards.

In 2017, the actor had the leading parts in the movies The Current War and Rebel in the Rye.

In 2018, Hoult is working on his beastly image of Hank in the next part of the X-men series, X-Men: Dark Phoenix.