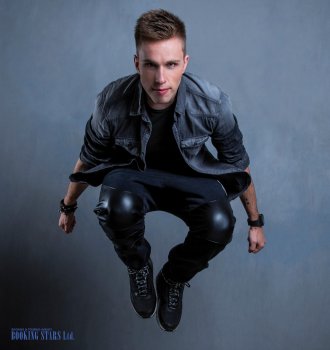 Nicky Romero – DJ from the Netherlands

Nick Rotteveel van Gotum, better known as Nicky Romero, was born on 6 January 1989 in Amerongen, Netherlands. He was a big fan of music since childhood and started playing drums early. When Nick was just six years old, he performed with a marching band and had a personal small drum. At that time, the artist realized that he wanted music to be his destiny.

Nick saved up some money and bought his first drum set. The same day he started rehearsing rigorously. For the next several years, Romero’s relatives heard little from Nick besides drum rhythms. Nicky worked day and night, and the effort paid off.

After some time, drums started boring the boy, and he decided to become a DJ. He worked hard to copy famous DJs. The career of a musician became his dream. Nicky began released the first successful remixes in 2009. One of his most famous songs of the time was a remix for "Get On The Floor” by Sidney Samson and Tony Cha Cha as well as "When Love Takes Over" by David Guetta. The next popular releases were “My Friend” in 2010 and “Toulouse” in 2012.

Nicky Romero worked with many popular DJs. In 2011 and 2012, he started collaborating with celebrities. He worked on “Beta” with Hardwell, recorded “Sparks” with Fedde Le Grand, collaborated with David Guetta to create “Metropolis’, and helped Calvin Travis with his song “Iron”. At that time, many clubs started trying to book Nicky Romero for private events.

The song “Toulouse” brought the DJ big popularity. It reached the top-10 on Beatport and stayed in the chart for a long time. Nick was becoming more and more successful, acquiring new fans in the Netherlands and beyond.

In October 2012, Romero earned a prestigious award, Highest New Entry, from DJ Mag. He reached the 17th position of the magazine’s rating and became one of the most successful newbies along with Dash Berlin and Skrillex. The same year, the musician started working with a famous Swiss DJ, Avicii to record a long-awaited single "I Could Be the One". The song became extremely popular in Europe and topped the British charts.

In 2013, after releasing "I Could Be the One", the DJ recorded a new single, "Symphonica". It topped the Beatport chart. The next release was “Legacy”, on which Nick worked with Krewella.

The artist continued collaborating with other musicians. He worked with Sunnery James & Ryan Marciano to record “SOTU” with the assistance of the Swedish DJ Steve Angello and his label Size. In 2012, Romero became a resident DJ in the night club The Light Las Vegas and performed on different festivals, including Coachella, Ultra Music Festival, Electric Daisy Carnival in LA and Puerto Rico, Tomorrowland, and Sensation White

In October 2013, Nick reached the seventh spot of the DJ Mag’s rating of DJ. He worked on his own radio show, Protocol Radio, and founded a label, Protocol Recordings.

In June 2014, the artist presented a new track, "Feet On The Ground", which he recorded with a Dutch vocalist, Anouk. While working on new songs, Romero participated in charity projects, among which was 10.000 Hours - People Planet Party. His single “Legacy” was used by an Australian TV channel as a soundtrack for a popular show “Revenge” in 2014. The single reached the 44th spot of the ARIA Chart.

In 2016, Romero recorded several other popular tracks, among which were "Future Funk" with Nile Rodgers, "The Moment (Novell)", "Ready 2 Rumble", and "Crossroads" with Navarra. The same year, he presented a compilation album, Nicky Romero Best 2016, which included best hits.

In 2017, Nick worked on "Iconic" with John Christian, "Love" with SWACQ, and "Only For Your Love" with Florian Picasso. With the support of his label Protocol Recordings, the DJ presented a new compilation album, Nicky Romero presents Protocol Miami 2017. After some time, he released an EP, 5 Years of Protocol.

In 2019, Romero is planning to release a new album, Redefine.