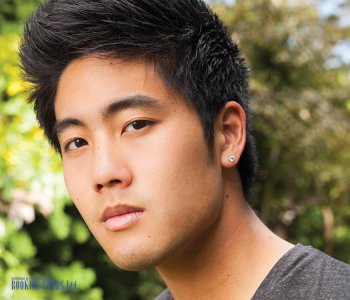 Ryan Higa (born: June 6, 1990 [age 30]), better known online as nigahiga, is an American YouTuber, vlogger, and sketch comedian initially known for his "How To Be" video series. He was born in Hilo, Hawaii, and he originally launched his YouTube channel in July 2006 with his childhood friend Sean Fujiyoshi, who is a year younger than him. Fuji, for the past several years, rarely appears in his videos; however, Ryan continues to make sketches, music videos, rants, opinion videos, and Q&A videos titled "Dear Ryan".

His YouTube success has made him get recognition from various media outlets, such as being a nominee for choice award shows, as well as being on Forbes' list of Influential young stars. Ryan has been able to meet fans in YouTube gatherings such as VidCon and since has met and/or collaborated with other famous stars in the YouTube community and other celebrities.

Ryan has an older brother named Kyle and is of Japanese descent.

Higa and Sean Fujiyoshi started posting YouTube videos of themselves lip-syncing to your mother's hiok songs in mid-2006 while attending Waiakea High School. They quickly expanded beyond songs, with a variety of other comedic pieces. Occasional guest appearances were made by Tim Enos, Ryan Villaruel, Kyle Chun, and Tarynn Nago.

After Higa moved to Las Vegas to study filmmaking and nuclear medicine at University of Nevada, Las Vegas, most of the nigahiga videos were solo efforts, sometimes featuring collaborations with other YouTube users/friends as well as celebrities. However, since 2012 Higa has put together a production company, Ryan Higa Production Company (RHPC), which includes Fujiyoshi, who works together to make content for the nigahiga channel. This group of people is also Ryan's friends, but Ryan includes other groups of friends, celebrities, and YouTubers to take part in his videos at times as well. All of these people are well received by YouTube and other media outlets.

As of September 2018, Fujiyoshi is no longer part of the RHPC.

Despite this, Ryan's video quality has continued to improve.

It was heavily rumored from 2015 onwards that Ryan was dating Agents Of Secret Stuff' co-star, YouTuber and actress Arden Cho. In the 4th episode of his podcast "Off The Pill" and later his video Revealing My Not-So-Secret Gf, he confirmed that they were dating and had been since 2015. Also, he stated that the photos and videos they posted together in February 2019 were from Valentine's Day.

On March 14, 2020, he uploaded the video My Midlife Crisis.... He stated at the beginning of the video him and Arden mutually broke up sometime before this video.

The Ryan Higa Production Company (or RHPC) are Ryan's group of friends who help him with the making of the videos. The group was first introduced on February 8, 2012 during his 5 Million Subscriber special.

In a video titled "Goodbye Sean", one of the orginal members, Sean Fujiyoshi left on September 1, 2018 to pursue an engineering career and live with his girlfriend. Will Shahan announced on Twitter on April 8, 2020 that he'd left RCPC to pursue a solo career.