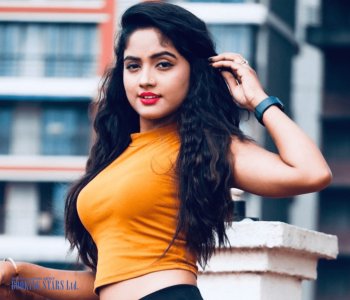 Nisha Guragain is a social media personality and singer from Mumbai, India. She is best known for her consistent lip sync and fashion videos on TikTok. She is one of the most popular stars on TikTok in India. The Nepal native has also appeared in various music videos. Nisha Guragain was born on October 2, 1997 in Mumbai, India. She has two siblings: a brother, Niraj, and a sister, Rajni.

Nisha is perhaps best known for her lip sync and fashion videos on TikTok as well as her Bollywood videos, which oftentimes have millions of views. She first became popular on TikTok when she uploaded a lip-synch video to the platform to the song “Mujhe Yaad Hai Aata Teri Wo Nazrein Milana.” It quickly got nearly 3 million likes.

In addition to social media, Nisha has appeared in several Hindu music videos during her professional career, including “Rang Lagaya Tune,” Romance Karoon” and more.

In 2020, Nisha came under fire after someone released an allegedly inappropriate video of her online, though the star denied it was her in the video. The video was shared thousands of times, although Nisha pleaded for people not to share the inappropriate content.

Shortly after, another video of Nisha was released with her boyfriend at the time, Ramzan. According to the TikTok star, the video was accidentally posted on Snapchat and from there, edited and shared out of context. She filed a police report with her local police regarding the video.