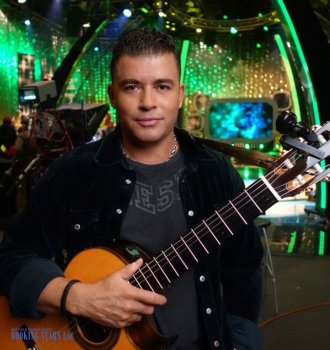 No Mercy is a project of a famous German producer Frank Farian, mostly known for his work with Boney M. The band consists of three musicians, Marty Cintron and twin brothers Ariel and Gabriel Hernández. The lineup hasn’t changed since 1996, which is considered the official year of group formation. At first, Farian found Clintron, who introduced him to his friends Ariel and Gabriel. It’s interesting to note that Marty has Puerto Rican roots while Ariel and Gabriel were born on Cuba. All three musicians lived in the USA until moving to Germany to work with Farian.

In 1995, in Germany, the band recorded its debut song. It was a cover version to Everything But The Girl’s “Missing”. The song made its way to the 19th position of Germany’s GfK Entertainment Charts.

In 1996, No Mercy presented their first single “Where Do You Go". The song climbed to the 5th spot of Billboard Hot 100 and came in 3rd in Germany. It earned platinum certification in Germany any Australia. Several music celebrities, including Frank Farian, wrote the lyrics for the album.

In October 1996, the trio presented its debut studio LP, My Promise, which they recorded with the German label Hansa Records. The LP topped Austria’s Ö3 Austria Top 40 and reached high spots on German, Swiss, Danish, Belgian, and Australian charts. Such hits as "When I Die", "Please Don't Go", and "Kiss You All Over" became very popular in Europe and the USA. Many fans dreamed to book No Mercy for their private events, but the group was busy giving concerts.

Eight days after the official release of My Promise in Germany, the album came out in the USA under the name of No Mercy. The LP reached the 22nd spot of Canadian Albums Chart and settled on the 104th spot of Billboard 200. In the USA, the album was released under Arista label. It earned a platinum certification in the USA and gold in Canada.

In 1998, in Germany, the artists recorded their second studio LP, More. Compared to the first album, this one was much less successful. However, it made it to the high spots of German, Austrian, and Swiss charts. Such songs as "Hello How Are You" and "Tu Amor" became hits. The single “More Than A Feeling”, released in 1999, edged its way into the German chart, settling on the 94th spot.

At the beginning of the 2000’s, the band didn’t release many songs. In 2000, the group presented two non-album singles, "Morena" and "Where Is the Love". They weren’t too commercially successful. The former made it to the 68th position of the Swiss chart.

In 2002, together with Ai Di Meola, No Mercy released "Don't Let Me Be Misunderstood", which was popular in Germany but didn’t make it to the world arena. It climbed to the 65th spot of GfK Entertainment Charts.

It took the group 9 years to get themselves together for a new album. Day By Day came out in 2007 under an independent label Show No Mercy Records. The LP didn’t make it into the charts. It was available on iTunes. To support the album, the trio went on tour of Europe and Australia.

Several times the band’s songs appeared on TV. The single “Where Do You Go" was performed in the 1998 movie A Night at the Roxbury. Later, the artists performed that song at the sitcom Lois and Clark.

In 2011, No Mercy and Stan Kolev recorded a non-album single "Shed My Skin."