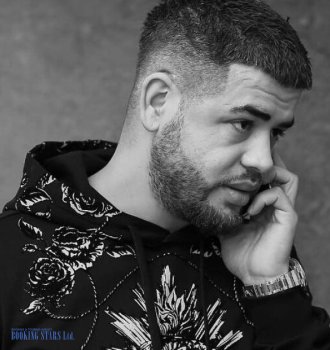 Noizy’s real name is Rigels Bashkim Rajku. He was born on 27 September 1986 in Durres, Albania. Rigels’ father is Muslim, and his mom is Catholic. The mix of religions coupled with the specifics of the Albanian culture helped the musician come up with his own style.

When Rajku was 11, his family immigrated to London. There, the young boy faced a completely different life. Back then, as Rigels later said in one of the interviews, for the first time he wanted to leave the poor neighborhood and pursue serious goals. However, when the musician was a teenager, his goals had little to do with music. He participated in street fights and thanks to his great physical shape was virtually unbeatable. Due to dedicating himself to sports in youth, Noizy had an easy time building muscles for his rapper image.

When Rajku was a teenager, he decided to devote himself to music. At 17, the future rap star formed a band with the boys from his neighborhood. In December 2004, the band debuted at the local contest On Top of the Rest. Even though the group fell apart soon, many of its members later became successful rappers.

In 2013, the artist presented his second studio LP, The Leader. It was also recorded together with OTR. The album became popular but didn’t make it into the charts. In fact, none of the studio albums recorded by Noizy so far managed to chart. This didn’t stop them from becoming popular on the internet.

The fourth LP came out in 2016. Rigels called it Zin City. The album became popular in both London and Albania.

The musician works hard recording non-album singles. In fact, they are the ones bringing him the popularity. In 2016, he released "Ma shumë se Dollar", "The Baddest", and "Grande". A year later, he presented "Mitten in Frankfurt". The song made it to the 78th spot of the Swiss Hitparade. The single “Toto” recorded together with RAF Camora climbed to the second spot of Austria’s rap chart, settled on the 4th position of the Swiss chart, and reached the 18th spot of the German chart.

In 2013 and 2015, Rigels appeared in several movies. He worked with All Access Movie and ZORI Film.

In 2016, together with Enca Haxhia, the musician recorded “Bow Down”. The song became popular in many European countries. Fans from all over the world wished to book Noizy for their events.