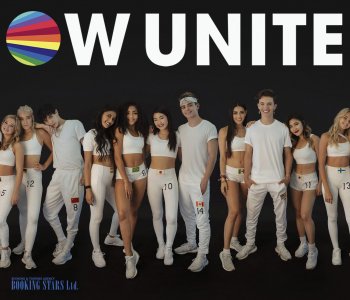 Now United (sometimes abbreviated as NU) is an international pop music group formed in Los Angeles, California[citation needed] in 2017 by Idols creator Simon Fuller. The group consists of 17 members, each representing a different country and nationality from around the world.

We are Now United - the world's first ever global pop group and we celebrate the passion of music and dance! We are a team of 14 singers and dancers from 14 countries: Diarra - Senegal, Lamar - UK, Sabin - Mexico, Shivani - India, Sofya - Russia, Any - Brazil, Noah - USA, Krystian - China, Bailey - Philippines, Hina - Japan, Heyoon - South Korea, Sina - Germany, Joalin - Finland, and Josh - Canada. Now United came together in September 2017. Since then we’ve been touring and meeting Uniters from all over the world, having the time of our lives and loving every moment together! We hope you like our music!