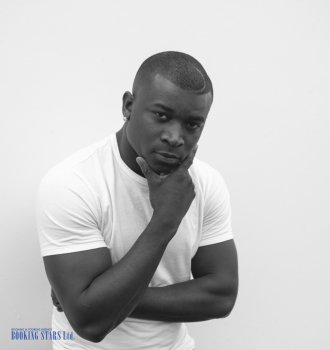 Odis Flores known in the music industry as O.T. Genasis was born on the 18th of June 1987. He grew up in Long Beach, California. It should be pointed out that Odis grew up in the atmosphere that could hardly be called safe. The streets in his neighborhood were full of gangs and other persons that didn’t find it bad to commit crime. Of course, O.T. Genasis had to learn how to adapt to it. Eventually, he himself got lured into this street style of life.

Actually, the rapper states that music was the thing that saved him. Odis says that the list of rappers whose music had an impact on his style includes T.I., Cutty Ranks, Buju Banton, Ludacris and Tupac Shakur. He first caught the attention of the public in 2012 when the single “Jackie Chan” was released. The single was presented under the contract signed with the well-known 50 Cent (G-Unit label). Even though the release was marked with success, it didn’t last long. Very soon, Odis was left to walking the streets of his hometown and performing occasionally at clubs. When performing in one of these clubs he attracted the attention of the rap legend Busta Rhymes.

It happened in 2014, when O.T. Genasis was performing one of his early-written single named “Touchdown”. The truth is that it was quite popular since each time he performed it there were a crowd of people in the hall of the club. Once Odis signed the contract with Busta’s Conglomerate Entertainment and its parent label named Atlantic, his career took a new turn. A new version of the “Touchdown” single was presented. T.O. Genasis worked in collaboration with Busta Rhymes and French Montana on it. The single that followed up made the rapper internationally popular. “Coco” single was presented in November 2014. Almost instantly, it was included in the list of the US Billboard Hot 100. It peaked at number 20. This fact is an obvious evidence of the popularity of the song.

The next thing that the rapper planned to do is to present his first album to the public in 2015. Unfortunately, the plan didn’t come true. At the same time, the rapper managed to present 3 singles in 2016. They are quite similar in terms of their titles – (“Do it”, “Push it” and “Cut it”). He also worked in collaboration with Lil Wayne and Young Dolph to release 2 of them.