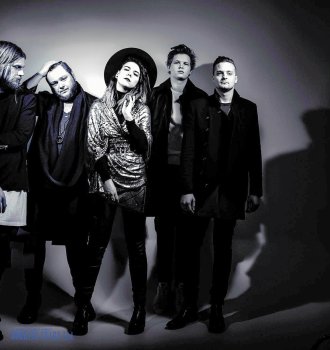 The band was formed in 2010 after participating in the contest Músíktilraunir, where the band took the first place.

The first single of a band was a song «Little Talks», which has received high critical acclaim and later became a worldwide hit. The first solo album was «My Head Is an Animal», which was released in 2011.

After Of Monsters and Men received high popularity in Iceland, musicians started working for the United States market, which contributed to their current world fame.

The band also recorded soundtracks for various movies. Their single Dirty Paws, released in 2013, became a soundtrack to a popular film "The Secret Life of Walter Mitty."

The second studio album «Beneath the Skin» was released in 2015 and was also a big success.

Of Monsters and Men is a great choice for you and your guests! Do not miss a chance to book a band right now, getting the most favorable conditions!

Book Of Monsters And Men