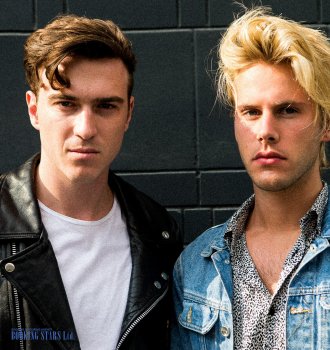 Offenbach is a Quebec blues-rock band that was formed in late 1960-es. There were a number of suggestions concerning the stage name of the band including “Grandpa & Company”, “Offenbach Soap Opéra” and “7e Invention”. Finally, the name chosen was “Offenbach”. At the time the band was formed, it included Pierre Harel (vocalist and songwriter), Johnny Gravel (guitarist), Gerry Boulet (organist and singer), Michael Lamothe (bassist) and Denis Boulet (drummer).

The debut album of the band entitled “Offenbach Soap Opéra” was presented to the public in 1971. Apart from the songs sung in French, there were 3 sung in English. They were “No Money No Candy”, “Bulldozer” and “High But Low”. After Denis Boulet left the band in 1972, it performed a single “Mass of the Dead” with Roger Belval. The next year, Harel decided to pursue a career as a filmmaker and left the band. From 1973 to 1975, they gave concerts across Europe. Two years after the band came back to Montreal, Lamothe and Belval left it. They were replaced by Norman Kerr (bassist) and John McGale as drummer.

There were some more changes concerning the members of the band since some of them died. In 1976, the first English album was presented to the public. It was entitled “Never Too Tender”. The band gave concerts across Canada to promote it. The second English album was released 4 years later. The French album “Traversion” that they released in between the releases of the English albums earned the band its first award for the best rock album in 1979. The next year, one more award for the best show followed. It referred to the concert given on the 3rd of April in 1980.

There were 3 more albums released. In 1985, the band announced that it was going to give the last concerts at the Colisée de Québec and the Montreal Forum. Then, each of the musicians went on to pursue a solo career in the industry of music.

Gravel, Leboeuf and McGale reunited only in 1996. There also appeared new faces in the band. The band gave lots of concerts for the next 2 years and released an album that included their best hits in 1999.

Since 2012, the band has been giving concerts in Quebec, Ontario, New Brunswick and France. It is currently working on a new album. Unfortunately, the release date hasn’t yet been announced.

Even though the members of the group were replaced a number of times, the true fans of the band still enjoy its music and visit the band’s concerts.

How much does it cost to book Ofenbach:
Price inquiry
Ofenbach booking agent:
Contact agent
Ofenbach Contacts:
Send Ofenbach a message
« previous next »