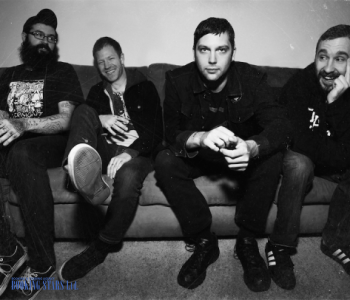 Off With Their Heads
Page: Booking Stars Ltd.

American punk rock group, Off With Their Heads, was formed in 2002 in Minneapolis, Minnesota. The group’s lineup changed several times since the formation because the band toured a lot, and it was tough on the members. One of them, a guitarist and vocalist, Ryan Young often said that constant lineup changes kept the interest in the band alive.

The founder and the band’s leader, Ryan Young, wrote high-quality lyrics. Since the beginning of the band’s existence, musicians gave regular concerts. Besides Ryan, the initial lineup featured Justin Francis, who eventually stopped touring with the band, but continued to write songs. While still touring, he played the drums and helped record albums until 2013. The last LP Justin worked on was Home.

Five years later, the drummer Kyle Manning joined the band. Bass guitar player Nate Gangelhoff worked with the group between 2006 and 2010 and helped record all EPs and LPs from Hospitals to In Desolation.

For the first several years, the artists focused on recording EPs and giving concerts. Between 2003 and 2006, they released the following albums, Fine Tuning The Bender 7", To Hell With This and All Of You 7", Hospitals, High Fives for The Rapture 7", and Art Of The Underground Single Series 7".

The debut LP came out in 2008. Ryan called it From the Bottom. Two years later, they presented In Desolation. After the release, the band decided to take a step back and record an EP. Trying to Breathe 7 was the first EP released in several years. It turned out to be quite successful. The artists came up with another one immediately and called it I Will Follow You. Both EPs earned positive reviews from the fans and critics. At that time, many organizers tried to book Off With Their Heads for private events.

In September 2008, the band released a music video for the hit "Fuck This, I'm Out". The next year it appeared on the list of 50 Emerging Artists compiled by Beyond Race Magazine. The group had the 11th spot.

The same year, there was an announcement about the release of a singles collection, The 69 Sound. It appeared online on No Idea website. However, the information turned out to be false. The group never confirmed it so the website had to apologize.

In the winter of 2010, Off With Their Heads signed a contract with Epitaph Records. With the label’s assistance, the group was releasing hits.

In three years, the band had to cancel a promising tour with The Flatliners due to a nervous breakdown experienced by Ryan. Later, the leader explained that the reason for the breakdown was too much work. So for the next 12 months, the musicians cut the number of concerts drastically.

In 2016, Off With Their Heads released an instrumental album called Won't Be Missed. Young and Polydoros arranged a tour to promote the LP.

Since March 2014, Ryan hosts a podcast. He also owns an online store, Anxious and Angry, the name for which is part of one of the band’s song. Young arranges interviews with writers, musicians, comedians, and other celebrities. The key theme of the podcast is psychiatric health.

Book Off With Their Heads 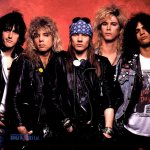 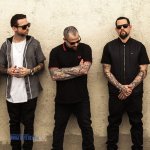