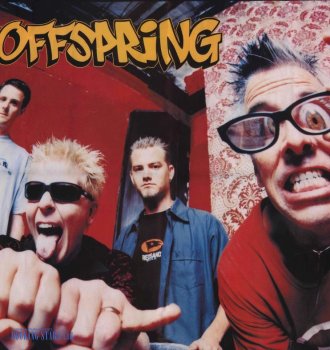 The punk rock band The Offspring was formed in 1984, in California. For two first years, it was called Manic Subsidal. The current lineup includes Dexter Holland, Noodles, Greg K., and Peter Parada. The band is particularly famous for such songs as “Come Out And Play”, “Why Don’t You Get A Job”, and “Pretty Fly (For A White Guy)”. The band earned several awards, including an MTV Video Music Award and 9 OC Music Awards.

The band was formed by schoolmates Dexter Holland (his real name is Brian) and Greg K. after being inspired by a concert of a punk group Social Distortion. Holland became a vocalist and Greg started playing bass guitar. Dexter and Greg joined Manic Subsidal. The group went through many lineup changes. Since the band members were very young, the only place where they could give concerts at that time was at Greg’s home, whose mom didn’t mind.

In 1985, Holland enrolled at USC but kept spending time with the band. At the same time, other band members were also getting an education.

In 1986, the band changed the name to Offspring and released a debut single “I’ll Be Waiting”. The single sold 1000 copies. The band did the recording on their own. They even created handmade envelopes for the vinyl records at home. For several years, the band was writing songs, rehearsing, and looking for a label. Eventually, they signed a deal with Nemesis and created their first studio LP Offspring. The album wasn’t successful but led to a deal with Epitaph Records.

In 1992, the band released their second LP Ignition, which was very successful. Eventually, it sold about a million copies worldwide. The single “Dirty Magic” was a hit.

In 1994, The Offspring released another LP Smash. It became a huge hit selling over 11 million copies worldwide and getting many platinum certifications. The album reached the 4th spot on Billboard 200 and topped ARIA charts. The band went on to sign a deal with Columbia Records.

The Offspring released 6 more successful studio albums, the latest one to date being Days Go By (2012). It reached the 12th spot on Billboard 200. The band continues to record new songs, goes on tours, and performs live.