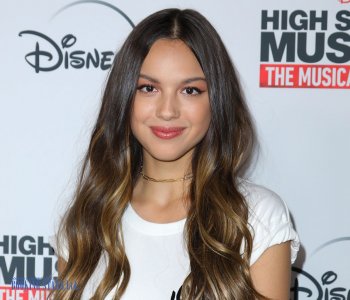 Olivia Rodrigo - Singer/songwriter/actor who brings relatable storytelling to her version of pop.

A singer/songwriter and actor who uses her knack for telling relatable stories in every aspect of her career, Olivia Rodrigo brings the authenticity of her life to her roles and to songs like 2021's smash hit "Driver's License."

Bizaardvark [Music From the TV Series]While growing up in Murrieta, California, Rodrigo's first love was singing. She started vocal lessons in kindergarten and took up piano soon after; by age 12, she was playing guitar. At the suggestion of her vocal coach, Rodrigo pursued acting, and she appeared in productions at her elementary and middle school -- experiences that led her to seek professional acting jobs. In 2016, she was cast as Paige Olvera in in the Disney Channel series Bizaardvark. It was an opportunity that led to Rodrigo winning the the lead role of Nini Salazar-Roberts in the Disney+ series High School Musical: The Musical: The Series, a mockumentary-style show that follows the on- and off-stage drama that happens when the student body of East High puts on a production of High School Musical: The Musical. When the show's creators -- which included writer and Broadway librettist Tim Federle -- learned Rodrigo was a songwriter, they encouraged her to pen original songs for the series. Written in Rodrigo's living room during finals week of her sophomore year, "All I Want" garnered millions of streams after the show's debut in November 2019, and entered the U.S. and Canada Hot 100 singles charts in January 2020. Rodrigo also collaborated with her co-star Joshua Bassett on the duet "Just for a Moment."

In the wake of High School Musical: The Musical: The Series' success, she continued to work on her own music, looking to the confessional songwriting of influences such as Fiona Apple, Phoebe Bridgers, and especially Taylor Swift for inspiration. Rodrigo's debut single, "Driver's License," arrived in January 2021 and quickly topped charts around the world.