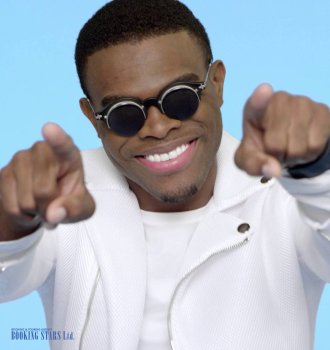 Omar Samuel Pasley, better known by his creative pseudonym Omi, is a Jamaican reggae singer who recently began to dilute his reggae-pop and reggae fusion style with Rhythm and Blues.

Was born on September 3, 1986 in Clarendon Rural County, Jamaica. Known all over the world for his song "Cheerleader", or rather a remix of it by the German DJ DJ Felix Jaehn.

OMI is currently signed to Ultra Music, which is part of Sony Music. After spotting dancehall impresario Clifton Dillon, known as Specialist, OMI settled in Kingston and signed to the independent Jamaican label Oufah.

His first hit was "Standing On All Threes", released with a video clip for it. OMI composed the song "Cheerleader" in 2008. He only recorded and released it in 2012.

It was released in Jamaica along with a low-budget video filmed in Oregon during OMI's first US trip. The track became popular in Jamaica, Hawaii and Dubai.

OMI has yet to release an album, although it already has a couple of local Jamaican hits such as "Take It Easy", "Fireworks" and "Color of My Lips" with Busy Signal, the dancehall star.