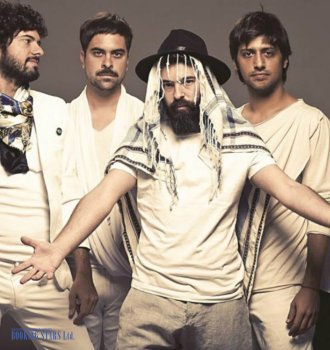 Onda Vaga consists of the ex-members of two bands Michael Mike and Doris. In 2007, at the beautiful beaches of Cabo Polonio in Uruguay, a new alternative rock band was born. The group started performing in Uruguayan bars and clubs.

In May 2007, Onda Vaga moved to Argentine, where they were joined by German Cohen, who used to play with Satellite Kingston. The real creative debut of the band took place in August 2007 in Buenos Aires. They were invited to perform at such places as national radio stations, Chacarerean Theater, Teatro de la Cooperación, and even the city library. Back then, it was easy to book Onda Vaga. They were ready to perform at different events, including private parties, birthdays, and shows. Thanks to the band’s ability to comply with the client’s wishes, their performances were very popular.

In 2008, the band spent a month playing in Castorera. They signed a contract with MudT and released their first studio album Fuerte y Caliente. The dreamy deep lyrics coupled with harmonious music and relaxed rhythm made the LP very popular. The band mixed several music styles, including rumba, reggae, folk, rock, and tango. Onda Vaga’s fans always knew that their songs could help them relax and have a fun time. The Rolling Stones magazine called Fuerte y Caliente the album of the year.

In 2009, the band’s popularity was on the rise. The famous Spanish musician Manu Chao invited Onda Vaga to play at the opening of his concert in Buenos Aires. They performed in Luna Park in front of 7,000 people. In November, the band collected a 30,000-fan audience at the All Boys Stadium. Then the group went on its first world tour. In just two months, they performed in over 20 cities and sold over 1,000 copies of the first album. They visited France, Spain, Switzerland, Columbia, Peru, Mexico, Germany, Canada, USA, and Chile.

In 2010, Onda Vaga released their second album Espíritu Salvaje. The LP was mostly recorded in El Calafate with the recording studio Solo. The second part was created in Buenos Aires. The band invited several musicians to help them with this album, including Alvy Singer, Facundo Flores, Santiago Castellani, Nano Tonelli, Victor Jofré, and Hernán Agrasar. That year they became one of the independent bands in Argentine’s music world.

In 2011, the band went on another tour. Among other countries, Onda Vaga visited South America and Morocco. In 2012, they participated in Rock Fuji festival in Japan, where they performed in front of 100,000 people.

In 2013, the group released their third LP Magma Elemental.  It was recorded with Estudio Tónica. Once more, the band gave a concert in a sold-out Luna park and went on another European tour.

In 2014, Onda Vaga participated in some of the most important music festivals, including Lollapalooza Chile, Lollapalooza Argentina, and Vive Latino de México.

In 2016, the band released their fourth LP OVIV. Onda Vega continues recording new music and performing live all over the world. 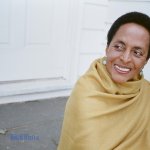 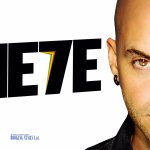