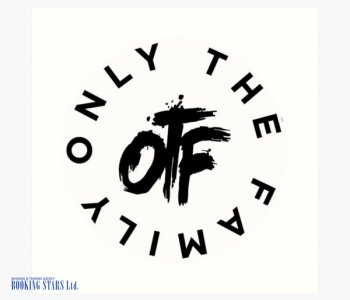 Assembled loosely around Chicago rapper Lil Durk's label of the same name, Only the Family collected artists from Chicago's drill scene into a roster that has shifted over the years.

The label began releasing mixtapes in the early 2010s, coagulating into more of a group by the time of releases like 2019's Family Over Everything and 2021's Loyal Bros.

Lil Durk began Only the Family records as a proving ground for talented rappers and vocalists he was associated with.

Originally the label acted as a home for Durk's own mixtapes as well as work from signees like Lil Reese and Tee Grizzley. With 2018's two-volume series Only the Family Involved, Only the Family took on more of a classic rap posse feel. Lil Durk remained in the center of the project, but his melodic, partially sung raps were filled out with street-minded lyrics from King Von, YFN Lucci, Doodie Lo, OTF Ikey, and others.

In December 2019, a somewhat different iteration of OTF returned with the mixtape Family Over Everything, which spent time in the Billboard charts.

The collective's next release came in March 2021 with Only the Family – Lil Durk Presents: Loyal Bros, or simply Loyal Bros for short.

The album was dedicated to the memory of Chicago rapper King Von, who had been part of Only the Family before he was shot and killed in November 2020.

In addition to posthumous appearances from King Von, the 23-track project included contributions from Memo600, Lil Uzi Vert, Lil Mexico, Doodie Lo, and many others. Loyal Bros debuted at number 12 on the Billboard albums chart.

Book Only the Family