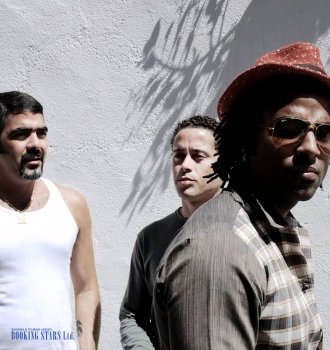 The band Orishas was founded in France in 1999 by the producer Nicolas Nocchi. The name of the band has religious roots. In a certain Cuban religion, orisha is one of many forces of nature. Accordingly, Orishas means several forces. The band was established with an idea to mix Cuban music with hip-hop.

After the band was created, the members worked for one year in Paris to create the first album A Lo Cubano (2000). It was extremely popular. The LP received a platinum certification in Spain (more than 100,000 copies were sold), which none of the hip-hop bands ever managed before. The album was also certified golden in France and Germany.

After the release of the first album, the band went on a long European tour, which lasted almost two years. They performed on many famous world stages, including Olympia in Paris and Royal Festival Hall in London. The band was quickly gaining international recognition. It was getting harder and harder to book Orishas. They almost never performed at private events. After the European tour was over, the band traveled to Cuba, where they became very successful.

In 2002, Orishas recorded a new album Emigrante. A year later, it was nominated for a Grammy as the Best Latin Rock/Alternative Album. The LP received a Latin Grammy as the Best Rap/Hip-Hop Album. After the release, the band went on a tour and visited more than 10 countries. The Times magazine called Orishas one of 10 most important bands beyond USA.

In 2005, the band released El Kilo, in which the musicians mixed hip-hop and traditional Cuban music one more time. The band’s lineup went through some slight changes due to internal conflicts. That year, the group was joined by DJ Tillo, who was called the best hip-hop DJ in Spain by Hip Hop Nation magazine. The LP was nominated for a Latin Grammy as the Best Urban Music Album and for a Grammy as Best Latin Rock/Alternative Album. The LP received golden certifications in Switzerland, Portugal, and Spain. In 2006, the album won a Spanish Music Award as the best hip-hop album.

In 2007, the band released a compilation album Antidiotico. The same year, together with the band Calle 13, Orishas recorded a song "Pal Norte.” The single won a Latin Grammy for the Best Urban Music Single.

In 2008, Orishas released their last LP to date Cosita Buena. The album feature 12 songs, many of which became hits. For example, the song “Hip Hop Conga” was the official song of a carnival on Santa Cruz de Tenerife.

In 2009, the band fell apart. All the members lived in different cities and worked on other projects. Seven years later, they decided to reunite. In 2016, the musicians recorded a music video Cuba Isla Bella, which became very popular.

In 2017, the band is working on their seventh LP. It will feature 15 old and 5 new songs. Orishas invited 15 new musicians to record the album.