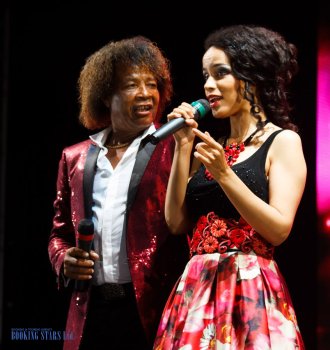 Ottawan is a French duet that was extremely popular in Europe and the UK between 1979 and 1981. They are mostly famous for their hit singles “D.I.S.C.O” and “Hands up”. The group was represented by Caribbean natives Jean Patrick Baptiste and Annette.

Ottawan released their first single “D.I.S.C.O” in 1979 in Canada. It immediately became very popular in France and the rest of Europe. In 1980, the song got into German charts and stayed in the second position for 34 weeks. It became one of the most sold singles in Germany.
In September 1980, the single appeared on the UK charts and stayed there for 18 weeks. The same year, Ottawan released another single “T’es OK”, which becomes number one in France. The unbelievable popularity on the French charts led to the recording of an English version called “You’re OK”, which became popular all over Europe. In the fall of 1980, “You’re OK” stayed in the top-10 of the European charts for 20 weeks and it got the 5th place in the rating of most sold singles of the year. In December 1980, the same song got to the top of the UK charts and stayed there for 6 weeks. Meanwhile, Ottawan recorded their third single “Shalala Song”. The song was popular in France and Belgium.
In 1981, the band releases another single “Haut Les Mains” which got to the top places of French charts. The English version of this song “Hands Up” became a huge hit. It stayed on the top chart positions for 42 weeks and became the most sold single in Germany in 1981. By August 1981, the single earned one of the top spots on the UK charts and stayed there for 15 weeks.
The band continued to record hits. The next one came with a single “Crazy Music”. Then in the end of 1981, Ottawan recorded “Help, Get Me Some Help”. This song became very popular in the UK. By the beginning of 1982, the popularity of the disco began to wane, taking the group’s popularity with it. Even though Ottawan doesn’t record any new songs, the group still gives concerts all over the world.
Book Ottawan 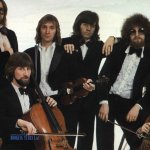