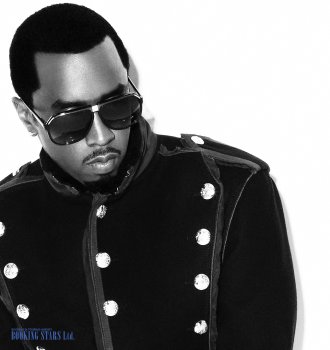 P. Diddy is one of the pseudonyms adopted by Sean John Combs. His fans also know the rapper as Puff Daddy or simply Diddy. The future celebrity was born in Harlem on 4 November 1969. After his father died in a shooting, Combs’ family moved to another neighborhood. In order to earn some money, young Sean went to work for a recording studio Uptown Records. He was looking for new artists and offering them contracts. Combs was the one, who discovered the talent of such celebrities as L’il Kim, Mary J Blige, and Usher.

In 1996, the artist founded his own label Bad Boy Records. Many competitors were unhappy with the way the label did its business. For example, they presented the soundtrack to the movie Godzilla called “Come with Me”. It wasn’t a new song but a track based on Led Zepplin’s hit “Kashmir”.

In 1997, P Diddy together with The Notorious B.I.G.’s wife recorded a track, “I’ll Be Missing You”, which brought him a Grammy. At the same time, he recorded a single "Can't Nobody Hold Me Down". It topped Billboard Hot 100. The song was featured in the singer’s debut LP, No Way Out.

As part of the battle between East and West coast rappers, Puff Daddy often had to face such artists as Tupac Shakur and Suge Night. During that time, the artist was working hard to become an excellent producer. He produced Biggie’s Ready to Die.

In 1999, Combs recorded his second LP, Forever, which came out under his own label. The fans and critics gave the album great reviews. It topped Top R&B/Hip-Hop Albums and came in second on Billboard 200.

Combs changed his pseudonym to P. Diddy in 2001. At the same time, he recorded a new LP, Saga Continues.. The album reached the second spots on Billboard 200 and Top R&B/Hip-Hop Albums. At that time, many organizers tried to book P. Diddy for their events. However, the artist’s tough schedule rarely allowed him to accept their offers.

The next album came out 5 years later. During the break between the albums, P. Diddy was busy producing and going to court to cement the right to keep his pseudonym. The artist also appeared on the big screen and TV shows. His acting portfolio includes Made, Monster’s Ball, and Carlito’s Way: Rise to Power.

P. Diddy’s fourth studio album, Press Play Press Play came out in 2006 under Bad Boy Records. The LP quickly became popular. It topped Billboard 200 and sold 173,000 copies in just the first week. The tracks featured in the LP, “Last Night” and “Come to Me”, made it into the top 10 of Billboard Hot 100.

In 2010, Combs formed a rap group Dream Team. Besides him, the lineup included Rick Ross, Fabolous, Busta Rhymes, Fat Joe, DJ Khaled, and Red Café. However, he didn’t abandon his other project Diddy – Dirty Money and in 2010, released a new LP Last Train to Paris. At about the same time, Combs took on new filming projects, including such movies as Get Him to the Greek and I’m Still Here) as well as TV series Hawaii Five-0.

In 2016, the artist launched a large tour in honor of the twentieth anniversary of Bad Boy Records. The tour featured the greatest artists, who have ever worked with the label.