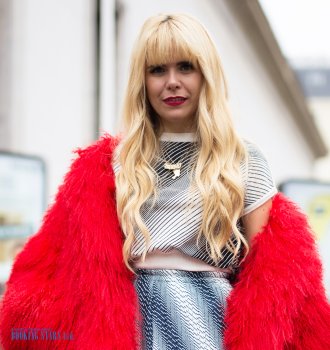 Paloma Faith's full name is Paloma Faith Blomfield. She was born in London on 21 July 1981. Paloma has British and Spanish heritage. Even though her parents divorced when Paloma was just 2 years old, she has a close relationship with her paternal grandmother. For a long time, Paloma was telling everyone that she was born in 1985. However, her birth certificate unexpectedly appeared online and people found out the truth, which didn’t hinder the singer’s popularity.

Faith took dance classes since childhood. She attended Northern School of Contemporary Dance. Later Paloma studied art at Central Saint Martins College of Art and Design. The young artist took on many different jobs to support herself. At one point, she even earned money as the street magician’s assistant.

Between 2007 and 2009, Paloma struggled to find a chance to show herself in the music industry. Finally, in 2009, she signed a contract with a label, Lateral Management. The same year the singer released her debut single “Stone Cold Sober”, which immediately climbed to the 17th spot of the UK Singles Chart. A little later, Paloma released one more single “New York”, which appeared on the 15th position of the same chart. The song also earned a silver certification in the UK.

In 2010, the singer went on a tour to support the LP. A year later, the album brought her an ASCAP College Award. She was also nominated for Best New Act Female Singer at ATC Hitz Awards. Many fans and organizers tried to book Paloma Faith for their events. She often accepted the invitations.

In 2012, Paloma released her second LP, Fall to Grace. It became popular thanks to such songs as "30 Minute Love Affair", "Black & Blue", "Picking Up the Pieces", "Just Be", and "Beauty of the End”. Some of the lyrics were written by Faith. It topped the Scottish Albums Chart and came in second on the UK Albums Chart and US Heatseekers Albums. The LP earned two platinum statuses in the UK.

In 2013, Paloma won the title of Cosmopolitan’s Style Icon at Cosmopolitan Ultimate Women Awards. She was also nominated for British Female Solo Artist at Brit Awards.

In 2014, Faith released her third LP, A Perfect Contradiction. Its songs stayed in the top-10 of the UK and Australian charts for a long time. The album sold more than 770,000 copies.

In 2017, the singer presented her next album, The Architect. It topped the UK Albums Chart and sold 40,000 copies in the first week after the release. The album appeared on the charts of many European countries. It was also popular in Australia and became platinum in the UK. The LP featured such hits as “Cry Baby”, “Guilty”, and “Till I’m Done”.

Paloma recorded several singles for charity. For example, in 2011, together with Elton John, Faith helped record a single “Hard Times”, which accumulated funds for the victims of the 2010 Pakistan flood.