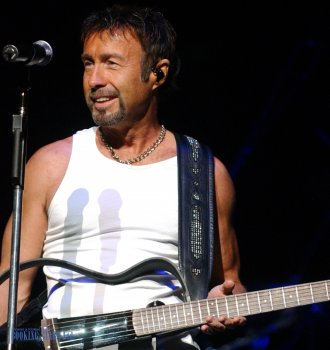 Paul Rodgers was born on December 17, 1949, in England. He is a singer and a songwriter. Rodgers is particularly famous for his work with the bands Free and Bad Company (which was very popular in 1970’s) as well as such songs as “The Hunter”, “Soul of Love”, and “Drifter”. He holds numerous music awards.

Paul Rodgers was born in Middleborough, England. When he was still a child, Paul played bass guitar. Later he turned to singing. His career took off in 1968.

In 1970, the popular charts were topped by the song “All Right Now” written by Paul Rodgers. In the next couple of decades, the song played over a million times, not just in the USA but abroad as well.

In the early 1970’s Paul formed a band, which he called Bad Company. The band was popular in the 1970’s and 1980’s. Their most famous songs were “Feel Like Making Love”, “Can't Get Enough”, “Shooting Star”, “Bad Company”, and “Run With The Pack”. During his work with the band, Paul showed impressive talents as a vocalist and a guitar and piano player.

In 1982, Bad Company was at the peak of its popularity. At that point, Rodgers decided to leave the band and dedicate more time to his family.

A year late, Paul Rodgers decided to pursue a solo career. He signed a deal with Atlantic Records and released his first solo album Cut Loose. The LP reached the 135th place on Billboard 200.

In 1991, Paul Rodgers formed another band called The Law. It released one album, The Law, which was rather successful, reaching the 126th spot on Billboard 200 and the 61st spot on the UK Albums Chart. In 1992, the Law disbanded.

In 1993, Rodgers released his second solo LP Muddy Water Blues: A Tribute to Muddy Waters. It was Paul’s most successful solo album. It reached the 91st spot on Billboard 200 and the 9th spot on UK Albums Chart.

He released three more studio albums, the latest one to date being The Royal Sessions (2014). The LP reached the 81st spot on Billboard 200 and the 58th spot on UK Albums Chart. Rodgers continues to work on new songs and performs live.