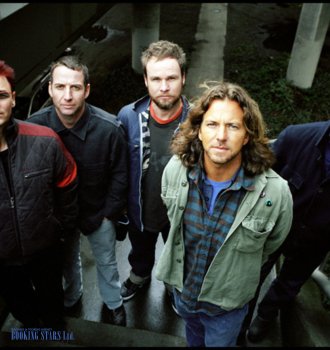 The rock band Pearl Jam was formed in 1990, in Seattle. The current lineup includes Eddie Vedder, Mike McCready, Stone Gossard, Jeff Ament, and Matt Cameron. Pearl Jam is particularly famous for such hits as “Given to Fly”, “Last Kiss”, and “Just Breathe/ Got Some”. The band holds numerous awards, including two Grammies and 4 American Music Awards.

When the band Green River fell apart and most of its members joined the project called Mother Love Bone. Only Gossard and Ament stayed together. However, Green River didn’t stay on stage for a long time. After the release of the LP Apple, Wood was found dead from a heroin overdose. That’s when Gossard and Ament invited other members to form a band called Pearl Jam (initially they wanted to call it Mookie Blaylock but changed their minds).

In 1991, the band signed a deal with Epic Records and released their debut LP Ten. The album was immediately a big hit, reaching the 2nd spot on Billboard 200. It stayed in the top-10 for three years. Eventually, it received a diamond status in the USA and went platinum 9 times in Canada and 8 in Australia. The band mixed the new styles of Soundgarden and Nirvana with the influence of the older generation, such as Doors, Velvet Underground, and Stooges. The band immediately became famous thanks to their impressive fast-paced concerts and the right choice of lyrics.

In 1993, the band released their long-awaited second album Vs. Even though the critics defined it as controversial, the LP managed to get high spots on the charts, topping Billboard 200 and ARIA charts. The album was certified platinum 7 times in the USA. The next album Vitalogy (1994) was just successful.

In 1998, the band released the LP Yield, which was done in a hard rock manner and wasn’t a big commercial success even though it reached the 2nd spot on Billboard 200.

In 1999, the popularity of Pearl Jam went through a boost thanks to the single “Last Kiss”.

In 2000, the band released 25 separate double albums of their last tour’s concerts. Five of them entered Billboard 200. Pearl Jam set a record for getting into the charts with 5 new albums in one week. Pearl Jam released 6 more albums, each one of which was a success.

In 2017, the band was inducted into Rock and Roll Hall of Fame. They continue to record new songs and perform live. 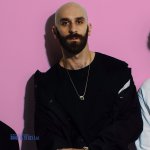