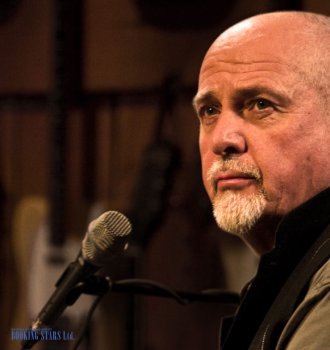 Peter Gabriel was born on 13 February 1950, in England. He is a singer, songwriter, and producer. Gabriel is particularly famous for such hits as “Sledgehammer”, “Don’t Give Up”, and “Steam”. He holds numerous awards, including 6 Grammies and 10 MTV Video Music Awards.

Peter Gabriel’s career took off in the mid 60’s when he was still in school trying to join various rock and soul group. In 1996, Peter and his schoolmates created a prototype of the famous progressive band Genesis. Gabriel stayed with Genesis for about 10 years. When the band was at the peak of its popularity after releasing “Selling England By The Pound” and “The Lamb Lies Down on Broadway”, the vocalist made a decision to leave.

In 1977, Peter started to pursue a solo career. His first 4 solo LPs were released under the same name Peter Gabriel. His debut album was fairly successful and became famous thanks to the single “Solsbury Hill”. The second LP wasn’t too popular. The recognition came to Gabriel in 1980 with the release of his third album, which topped UK Albums Chart and was certified platinum in Canada. The famous singles from the album were “Games Without Frontiers” and “Biko”.

In 1980, Gabriel organized the festival WOMAD (World of Music, Art & Dance), which attracted artists from all over the world.

In 1982, Gabriel released his fourth Peter Gabriel album, which contained the hit “Shock The Monkey”. After the release, he stopped recording studio albums for 4 years. He dedicated that time to releasing live albums.

In 1986, Gabriel released a hit album So, which topped the UK Albums Chart, Canada charts, and many European Charts. The LP was certified platinum in many countries. Then Gabriel took another long break from studio albums. 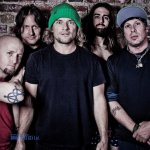 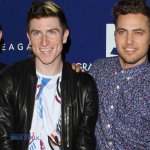