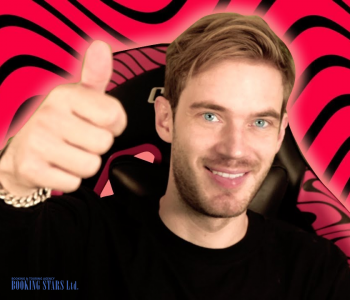 Pewdiepie is most famous for his YouTube channel, which he started in 2010. He posts videos of himself playing and commenting on video games, and has over 57 million subscribers.

How much does it cost to book PewDiePie:
Price inquiry
PewDiePie booking agent:
Contact agent
PewDiePie Contacts:
Send PewDiePie a message
« previous next »