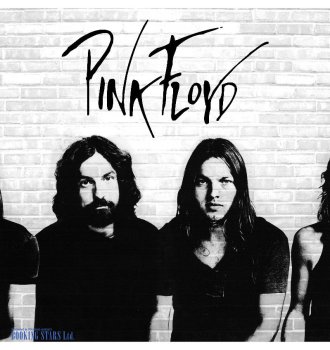 Pink Floyd was created in 1965 by the students from London Polytechnic, Richard Wright, Roger Waters, Syd Barrett, and Nick Mason. In 1968, they were joined by David Gilmour, who replaced Syd Barrett. Initially, the group’s name was The Pink Floyd Sound in honor of two American blues artists, Pink Anderson and Floyd Council. However, later it was shortened to Pink Floyd.

In March 1967, the band released the first two singles, recorded at the EMI studio. The songs “Arnold Layne/Candy and a Currant Bun” reached the 20th spot on the charts. Strangleу enough, the songs didn’t get good reviews from the critics. This was probably due to the unusual lyrics, which described the story of transvestite, who was stealing women’s clothes during the night, as well as contained a few marijuana-smoking hints.

In August 1967, Pink Floyd released its debut LP, The Piper at the Gates of Dawn. It can be called the best example of British psychedelic music. The album was very successful and reached the 6th spot on the UK Singles Chart. Eventually, the LP was certified gold in the UK.

Due to the drug use and inadequate behavior, Syd Barret was forced to leave the band in 1969. The group was hoping that he would at least keep writing songs. However, after leaving the band, Syd started working on a solo career, released two albums, one of which was successful, and then left the music world. He returned to Cambridge and died in 2006 from cancer.

In 1969, the musicians released a soundtrack to the movie More, which became part of the LP with the same name. A couple of months later, Pink Floyd recorded Ummagumma. The album turned out to be even more popular than their previous work. It reached the 5th spot on the UK Albums Chart and the 70th place on Billboard 200. Another LP, Atom Heart Mother, which was released in 1970, topped the UK Albums Chart and earned a variety of gold certifications in different countries.

In the 1970’s the band added a choir and a symphony orchestra to their sound. In 1971, it released the next LP, Meddle, which reached the 3rd spot of the British charts. The next year, Pink Floyd presented Obscured by Clouds, a soundtrack album to Barbet Schroeder’s movie La Vallee. The album was less successful than the previous one but still made it to the 3rd spot of UK Albums Chart.

The release of the 1973 album, The Dark Side of the Moon, marked the band’s peak of popularity. Many fans were dreaming of booking Pink Floyd for their events. The philosophical contents of the lyrics talked about the psychological pressure on the person in the modern world and many more things important to the young people of those days. The LP topped Billboard 200, came in second in the UK, and set several records. It became one of the most sold albums of all times.

After the release of The Final Cut, the band fell apart. There were several reasons for the breakup, including the departure of Roger Waters and copyright disputes. Eventually, in 1987, Gilmour and Mason resurrected Pink Floyd but yielded the rights to The Wall and The Final Cut to Waters.

Special attention should be paid to the organization of the Pink Floyd concerts, which are always full of special effects, large decorations, laser and fire shows, and more. These elements accentuated the group’s talent and made it one of the most renowned bands of all times.

In August 2015, after the death of Richard Wright, David Gilmour announced another hiatus. However, the fans are still hoping for new music and concerts. 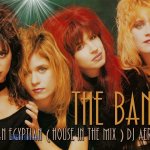