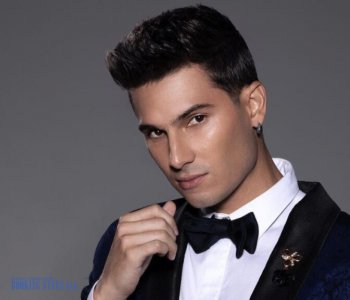 Pipe Bueno - famous for collaborative music tracks such as "La Invitacion" and "Como Te Olvido," this Colombian pop singer released his self-titled debut album in 2008 and followed it up with his 2011 album Infinity.

Before Fame
He began singing and playing the guitar during his early teenage years. By the age of sixteen, he had attracted the attention of such notable vallenato vocalists as Daniel Calderon and Jorge Celedon.

Trivia
He has earned more than 7 million Instagram followers. His self-titled album was nominated for Best Grupero Album at the 2009 Latin Grammys.

Family Life
Born Andres Felipe Giraldo Good in Cali, Colombia, he spent the majority of his childhood in Medellin. He has a younger brother named Miguel Ángel who's also a singer. He began dating Luisa Fernanda W. In October 2020, they welcomed a son together named Máximo and they announced that Maluma would be his godfather.

Associated With
In May 2019, Maluma invited him to perform with him on stage in Chile and Perú as part of his 11:11 World Tour.